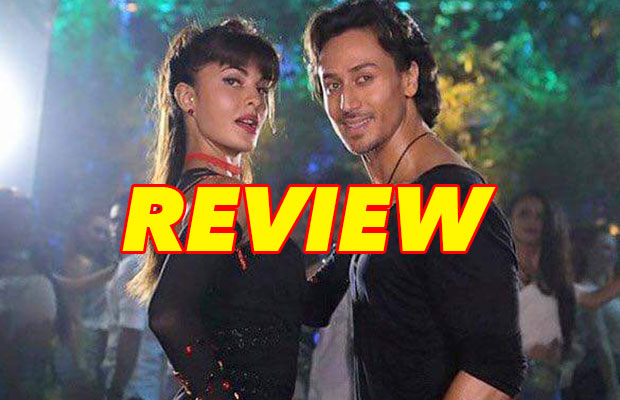 Tiger Shroff is Aman, the quintessential loser – a martial arts teacher without any command over his class, a young man with a very fit physique who is afraid of heights and an aggressive mother who is constantly reminding him of his shortcomings. All of that changes one night when Aman gets into a fight with nasty and overgrown Raka (Nathan Jones). During the fight to protect a holy tree that’s under threat from businessman Malhotra (Kay Kay Menon) that Raka is trying to chop down, Aman gets zapped by lightening and awakes with a host of superpowers.

His mother (Amrita Singh) is delighted and quickly sets about showing him a stack of DVDs to determine his range of abilities and his superhero look. Thus is born the Flying Jatt, clad in a blue and gold ensemble embellished with Sikh symbolism. He’s bullet proof, with superhuman strength and speed but he’s still afraid of heights. So this Jatt flies low (no higher than the first floor)! Till this point director Remo D’Souza’s film is a fair to middling entertainer, which works for the spoofy genesis of this Sikh superhero. But when it becomes a fight been Raka, with his newly enhanced strengths fueled by pollutants and toxins, and Flying Jatt and a cutesy love story between Aman and the local bimbo Kirti (Jacqueline Fernandez), the film comes crashing down.

Clearly aimed at the school going audience, the script and screenplay (written by Aakash Kaushik) get repetitive. The ‘Kung Fu Hustle’ style colony headed by matriarch Mrs Dhillon (Singh) is not used to any great effect. The symbolism of the tree is reduced to a religious icon and messages about environmental degradation are spoon-fed like a textbook. At one point, after Aman has pummeled Raka in outer space, the following lines appear across the screen: “Everything has an alternative, except Mother Earth.” These lines are accredited to Remo. Groan. Subtlety is damned. It was frustrating enough that some many scenes were ‘borrowed’ from other superhero films such as Superman and X-Men.

So what are we left with? Gaurav Pandey and Amrita Singh as Aman’s brother and mother up the Punjabi quotient and bring some emotional heft and comedy to performances that otherwise rely of squealing and giggling (Fernandez) or growling and screaming (Jones). Raka is the cardboard cutout villain you never fear.

As for Shroff, his strengths are obviously dancing and karate and not acting and emoting. He’s awkward with his limbs and expressions when he’s required to react. A Flying Jatt with its tacky special effects and sets and sloppy crafting. It may please the growing tribe of Shroff fans, and offer some entertainment to children, but its mostly shallow and derivative.