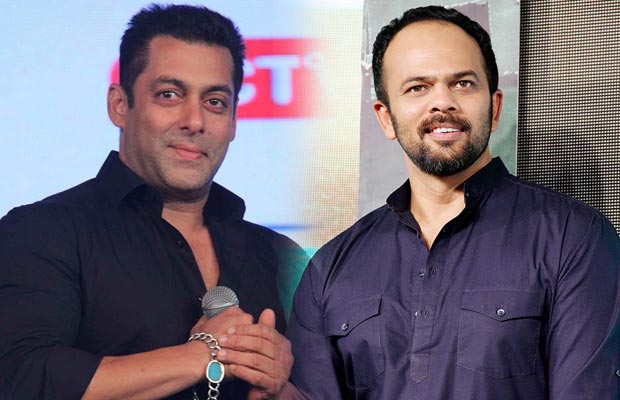 Well, how about Rohit Shetty and Salman Khan together for a movie? Before we guess, Rohit Shetty already has thoughts in his mind but only if he gets suitable and best script. The director says, “I would love to do a film with him. But it has to be something big for us to come together, like how I and Shah Rukh Khan came together for Chennai Express. I want the right script for Salman.”

Not only with Salman Khan, earlier director Rohit Shetty had also expressed his wish to work with megastar Amitabh Bachchan someday. He was quoted saying that he wants to work with Big B in full-fledged film. He had also said that how he used to go on the sets of Big B’s films with his dad.

Well, Rohit Shetty has expressed his wish to work with Salman Khan already, now we wait to hear from Salman himself, if he has the same interest or no.

Meanwhile, Rohit Shetty is busy with the last leg shooting of his much-anticipated film Dilwale in Hyderabad. It is Said to be a very unique and different movie of all time with most favourite jodi of Bollywood, Kajol and Shah Rukh Khan. The star cast also includes Varun Dhawan,Director Rohit Shetty Expresses His Wish To Work With Salman Khan!, Varun Sharma, Sanjay Mishra, and Johnny Lever and many more. The film is set to release during Christmas this year.