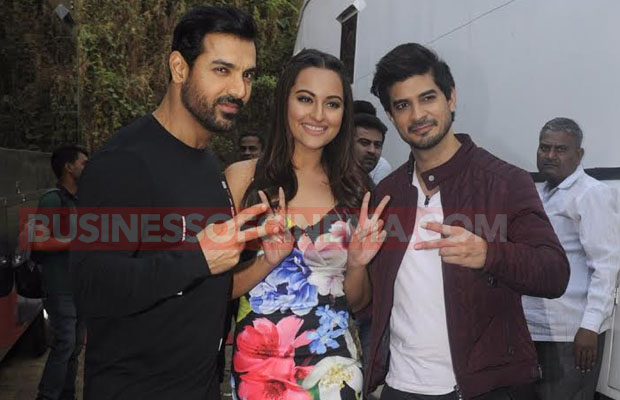 The Force 2 team wants to arrange a special screening of the film for the families of former RAW agents as an ode to them.

Force 2 starrer John, Sonakshi and Tahir has created a lot of anticipation since the news of Force 2 being made was out as the prequel was loved by all and the action thriller was quite successful.

This film revolves around the evil intention of one man who wants to put India under threat by killing agents of the Research and Analysis Wing (RAW), which is the country’s leading intelligence agency. Shiv (played by Tahir), intends to ruin the entire country with the force of his brain. “Catch me if you can“ is his open challenge to ACP Yashwardhan (John) and RAW Agent KK (Sonakshi).

While penning down the script, the writers did extensive research which is inspired by true events. During this process, they were moved by the plight of the families of those agents who are on field for covert operations. John and the makers of the film empathized deeply with them due to the perils that they face.

Going further, John and Sonakshi took an initiative and signed an online petition by Vinod Sawhney , President of Jammu Ex Sleuths Association that works for the welfare of these agents.

Recently John and Sonakshi had visited Amar Jawan Jyoti and launched a petition to vocalize their request and spread awareness about their cause, before taking the petition to the government.

They are keen that the names of the unsung heroes should get recognized and their martyrdom should be celebrated like those of soldiers.