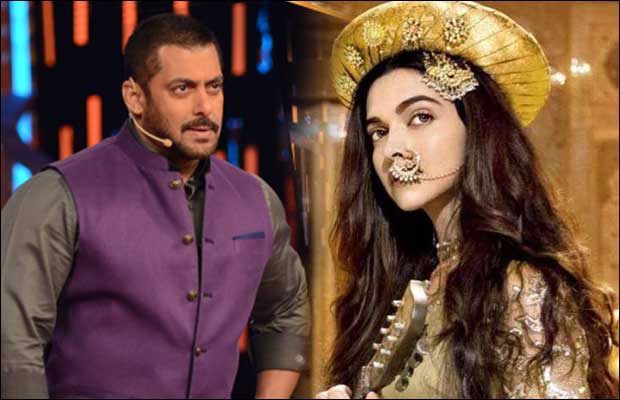 Earlier we had reported that director Sanjay Leela Bhansali had approached Salman Khan for his much talked dream project Bajirao Mastani. Initially, Bhansali had offered the film to Salman and Aishwarya Rai Bachchan, as he wanted to bring the old charm together on the silver screen. But unfortunately Aishwarya rejected the offer for the most obvious reason.

Unfortunately Salman Khan also had to reject the offer as he was already hooked up with the shooting of Sooraj Barjatya’s Prem Ratan Dhan Payo. Talking to us, the actor said, “I feel unfortunate that I couldn’t be a part of ‘Bajirao Mastani’. I had to be part of “Prem Ratan Dhan Payo”. I have heard the script…it is a very nice script.”

The actor also revealed that he and Kareena Kapoor Khan who was also approached for the film had done a photoshoot for the same. Salman Khan said, “Me and Kareena also did a photo session together. (Now) I have seen the promo of it (Bajirao Mastani) …it has been done on a large scale. I think all three –Ranveer, Priyanka and Deepika are amazing.”