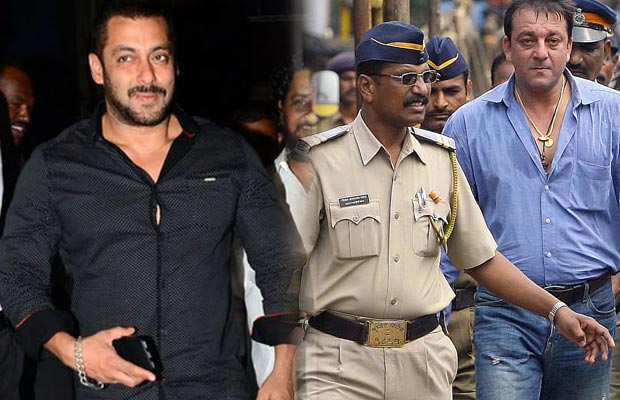 Bollywood actor Salman Khan is recently on a promotional spree for his much awaited film Prem Ratan Dhan Payo with Sonam Kapoor. The actor will be seen promoting his film at a chat show ‘M Bole Toh’ with the host Husain Dalal.

The actor will be seen revealing some of the secrets of his life that many of us didn’t know. The viewers will also get to see Salman go into flashback and reminisce about the good old days of working with Director Sooraj Barjatya on blockbusters Maine Pyar Kiya and Hum Aapke Hain Koun.

The Being Human star also revealed that recently he wrote a letter for his good friend Sanjay Dutt who is surviving jail sentence at Pune’s Yerwada jail. Upon being asked if he has ever written a letter for someone with a pen and paper, Salman said, “I just wrote a letter recently to Sanjay Dutt. I started writing it, then my handwriting started getting worse and worse. So I gave the pen and paper to Sonakshi. I kept telling her what to write and she kept writing it. But that letter is only for Sanjay Dutt.”

Salman and Sanjay Dutt’s friendship is a ever lasting and its really good to know that despite of his busy schedule and promotions of the film, Salman Khan made sure that he stays in contact with Sanjay Dutt. Isn’t that sweet?

Not only that, upon being asked by the show’s host Husain Dalal about the reasons behind not kissing on screen, Salman said, “I am very uncomfortable. I’m not shy but I just don’t like it. I just don’t think there’s a need to kiss on screen. Jis din aisi need hogi, kar lunga. But abhi tak to mujhe aisi koi zaroorat lagti nahin hai to kiss on screen.”