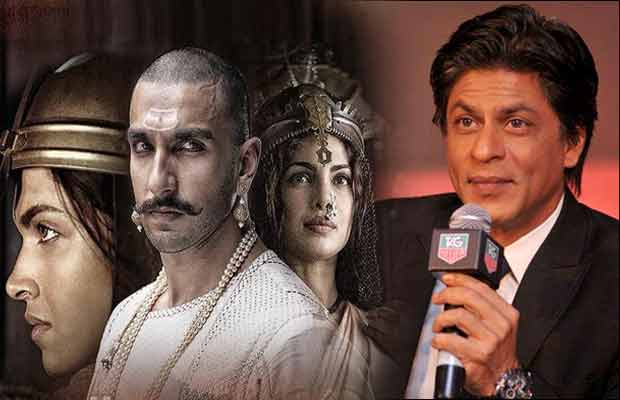 Bollywood superstar Shah Rukh Khan finally broke his silence on the matter of clashing of his film ‘Dilwale’ with star studded ‘Bajirao Mastani’. Both the films have been creating a buzz since quite some time now and when it was announced that the films will clash at the box office, rumours started going viral that rivalry has started budding between the two films’ teams. However SRK has opened up and put an end to this rumours of miff between him and Deepika Padukone.

Shah Rukh Khan stated in an interview that he thinks the clash between ‘Dilwale’ and ‘Bajirao Mastani’ is quite unfortunate. Both the films are releasing on December 18, 2015 which comes around Christmas weekend, so the superstar believes there will be enough business for both the films to do well at the box office despite the clash. He stated that of course the audience will get divided and that he believes not just in his films but he believes in and respects each and everybody’s film.

The clash is kind of unfortunate according to SRK who is rooting for both ‘Dilwale’ as well as ‘Bajirao Mastani’. Shah Rukh Khan further went on and gave us some mathematical explanation about how sometimes clashes between films are unavoidable. SRK stated that Bollywood industry makes 200 Hindi films a year and there are 54 to 56 Fridays a year, four films are bound to come on the same Friday. SRK ended by saying “Inshallah, both Dilwale and Bajirao Mastani will do very well.”

Well much like SRK, we also hope that both the films ‘Dilwale’ and ‘Bajirao Mastani’ co-exist and do well at the box office on December 18, 2015. Audiences are in for a huge treat that day as ‘Dilwale’ offers Shah Rukh Khan and Kajol’s unbeatable chemistry, while on the other hand we have three of the most loved actors Ranveer Singh, Deepika Padukone and Priyanka Chopra in ‘Bajirao Mastani’. The friendly competition is surely on!