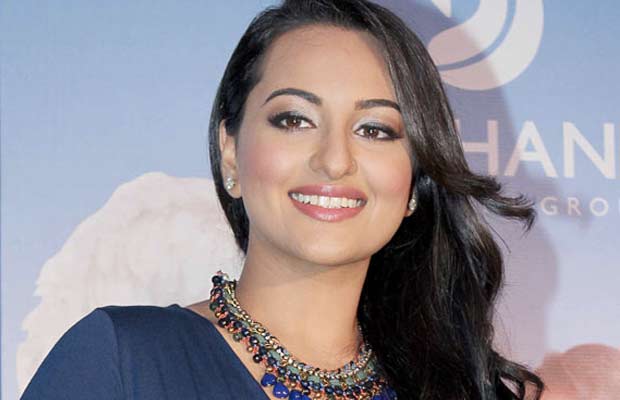 Spontaneous actress Sonakshi Sinha who is busy with her back to back projects is surely not backing out from making new friends while on shoots. Sonakshi is currently in Budapest where she is busy shooting for the film ‘Force 2’ along with John Abraham and Tahir Raj Bhasin.

The adorable actress who was recently busy with her TV debut as the judge of the singing reality show Indian Idol Junior has finally tied herself up again with films. The actress who loves interacting with her fans on various social media platforms is also active on the photo sharing app instagram.

The Dabangg actress took to her instagram account and posted two pictures of her furry friends. The diva posted a picture of her posing with a cat. Looking extremely cute and adorable the actress captioned the picture saying, “#newbuddy #kittycat #cuteness #cuddles #felinefriend.” 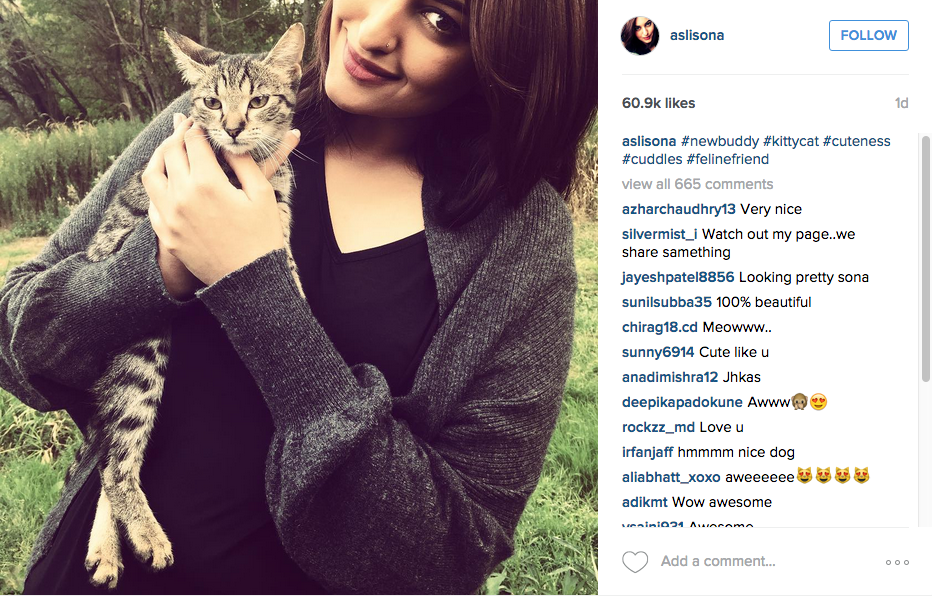 Well the friendly star has not only made one friend. Sonakshi also posted a picture of hers on instagram with an endearing furry dog. The elegant beauty surely seems to be an animal lover. Sonakshi captioned the picture saying, “Another friend was made today. This time #canine. #deathbycuteness #cute #fluffball #doggydog #mongrel #munchkin.” 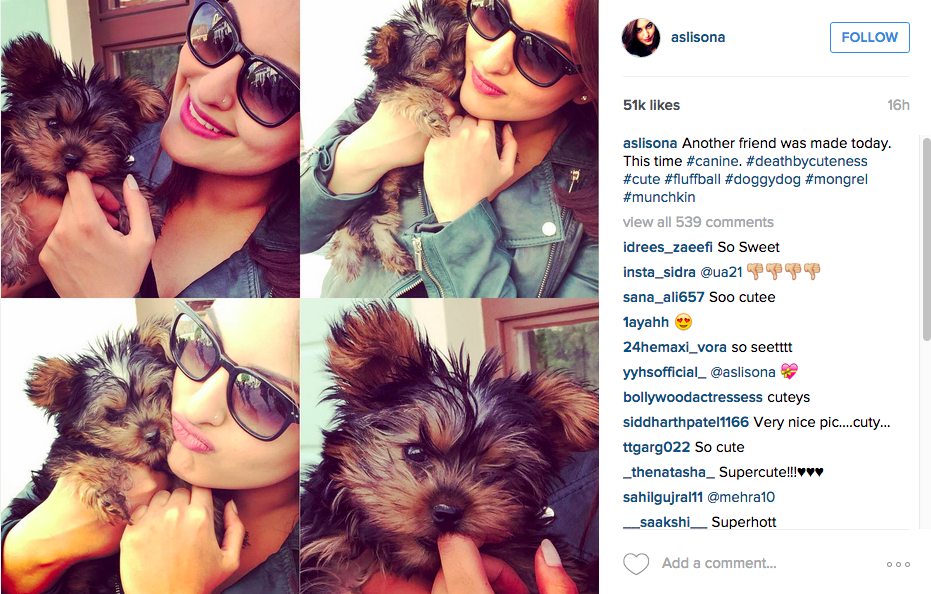 The actress will soon be seen in the film ‘Force 2’ which is a sequel to the 2011 film ‘Force’ directed by Nishikant Kamat. The film will star John Abraham in lead role opposite Sonakshi Sinha. John was also a part of the prequel of the film.

Apart from ‘Force 2’, Sonakshi will also be seen in ‘Akira’. The film will be directed by A R Murugadoss and will also feature Amit Sadh and Shatrughan Sinha in key roles. The multi-talented actress will also make her singing debut in the film.