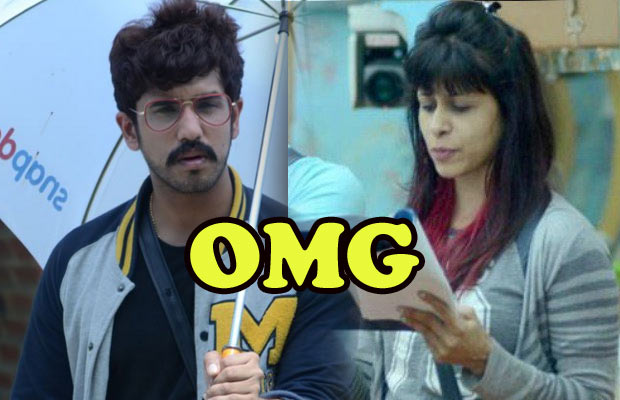 After nominations, we exclusively reveal that Bigg Boss introduced, ‘BB9 7 star hotel’ task for the contestants. Bigg Boss 9 house is known for creating double trouble and we will see another high Voltage drama coming this week.

As Prince is the captain of the house, he will be the manager of the hotel. Each and everyone will play their allotted role in the task. Manadana and new wild card entrant Rishabh will be main guest of the hotel and rest all the contestants will be the staff.

With the twist, if the staff of the hotel reject to follow Mandana and Rishabh, the target would Manager Prince. Prince would be nominated for the next nominations if staff are not following the rules.

Mandana and Rishabh dragged down the level of the task beyond the expectations. They harassed Kishwer by asking her to get water and very next second they asked her to get ice cubes and again they make her run to get sugar. Silently removing the frustration, Kishwer puts the ice cube in her mouth and then gives it to Mandana and Rishabh.

Not stopping there, Suyyaash was made a dog. He had to literally be a dog and was asked him to bring the dog bone thrown by Mandana and Rishabh. This created lots of ruckus in the house.

Breaking all the deadlines, Rishabh and Mandana asked Digangana to cook non veg whereas she is a pure vegetarian person. Giving back to back tasks, the duo claimed that they are doing just for the sake of the task.

Also while Yuvika was cooking the food.for the guest of the house, Kishwer spits in the food that she was cooking.

Also guest Sargun Mehta, Ali Quli Mirza and Andy turn up the heat of the house by harassing the staff of the hotel.