Well, putting your opinions on social media sites is not a problem, but when those are controversial they surely grab the attention. Bollywood actress Priyanka Chopra’s ex-manager Prakash Jaju is one of them who has accused Salman Khan with a shocking and controversial statement.

Yes you heard it right, Jaju has claimed saying that Salman Khan’s reality show ‘Bigg Boss 9 Double Trouble’ has killed the ratings of the night shows of Aishwarya Rai Bachchan’s ‘Jazbaa’ which released on October 9. 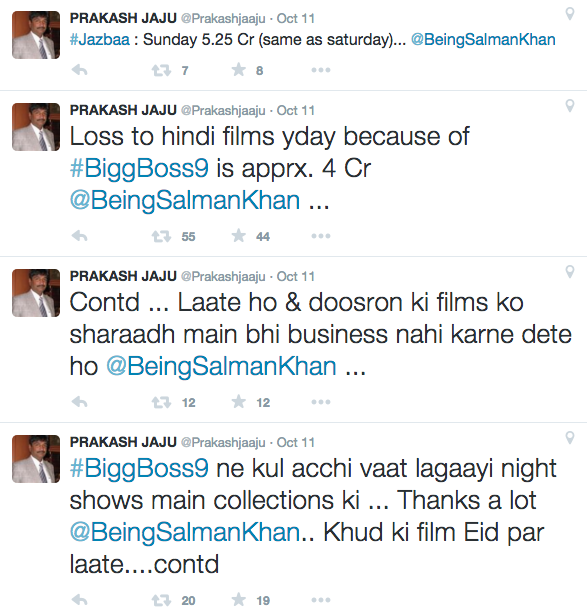 Not stopping with one tweet, he also further said that people are getting to watch one star’s show free of cost. He also claimed saying that one jodi has come to Bigg Boss after accepting a bribe of 1 crore and that he will inform about this to CBI.

Prakash is surely in mood to grab all the attention, after Salman Khan he has targeted Priyanka Chopra also recently. Joining the bandwagon of people like KRK, as we mentioned ex-secretary of Priyanka Chopra has made nasty comments on the actress on twitter.

Taking the revenge of old past where Prakash Jaju, had spent 67 days in the prison for allegedly threatening Priyanka, has tweeted against Piggy Chops and you won’t believe what all he has tweeted about the actress in the series of his tweets.

Take a look at the series of his tweets! 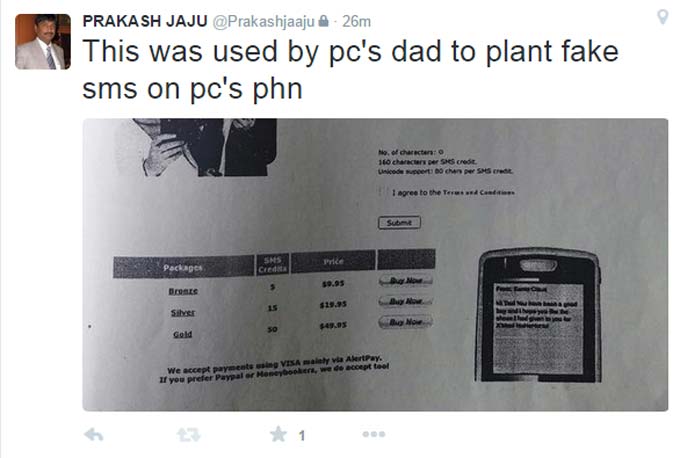