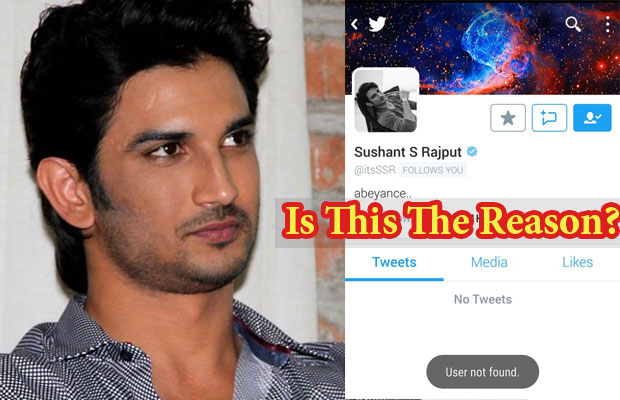 [tps_footer]2016 being the year of breakup got us one more shock when Sushant Singh Rajput and Ankita Lokhande parted their ways out. Sushant Singh Rajput and Ankita Lokhande were one of the most powerful couples in the industry and were madly in love with each other. But when the news of their break up came out, it shocked all of us and the fans of the duo were devasted by this news.

Later the speculation came into being that Sushant left Ankita because of her alcohol issues and there were also reports of Sushant’s closeness with his Raabta co-star Kriti Sanon. But denying all the reports Sushant said, ”I am not a womaniser and Ankita is not an alcoholic”. But then this was not enough, the two exchanged some tweets on social media too which left many confuse about their relationship status. When Ankita made her solo appearance at Sarabjit’s premier last week,media asked her about her break up to which she replied that this is not the right place to talk about.

However, things are not well from Sushant’s end as he has deleted his Instagram and Twitter account on Friday. Also, he has decided to take a break from Social media. Since he was not comfortable answering all the question put forth by media he thought of taking a break from social media. Well, Sushant thinks that deleting social media accounts will give him some time off but no, the paparazzi will definitely be behind the former couple for all the details and updates. Now let’s hope that Sushant makes his comeback on social media as soon as possible.

Do you think that Sushant and Ankita will ever Patch up? Tell us in your comments below.[/tps_footer]