Writer-director Rumy Jafry shared an adorable picture of Ranbir and Aish during the 90s. Both are looking very young and happy. Ranbir’s expression show how overjoyed he was after meeting Aishwarya. This picture was apparently taken during the shooting of Aish’s film Aa Ab Laut Chalen in the US. This picture is 18 years old, but both the good looking actors have only grown better and charming with their age.

Talking about their film ADHM, it will be releasing on October 28. The film also stars Anushka Sharma and Fawad Khan in titular roles. Shah Rukh Khan also has a cameo in the film. Directed by Karan Johar, this film will be clashing Ajay Devgn’s Shivaay. 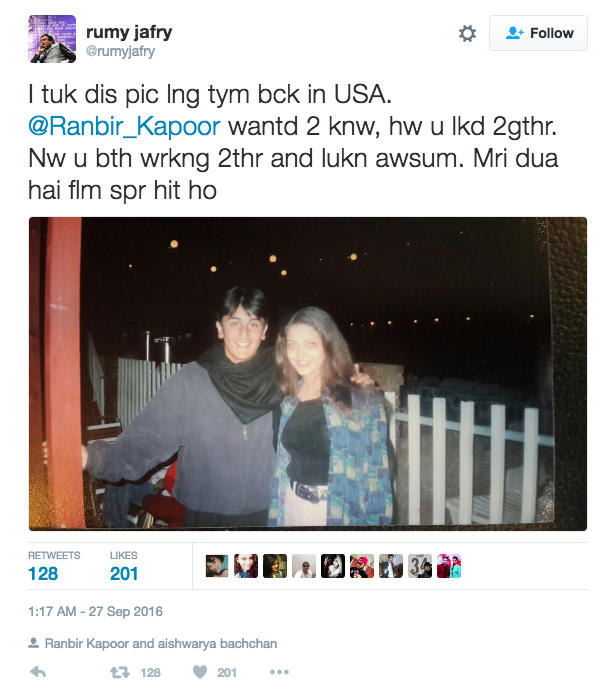