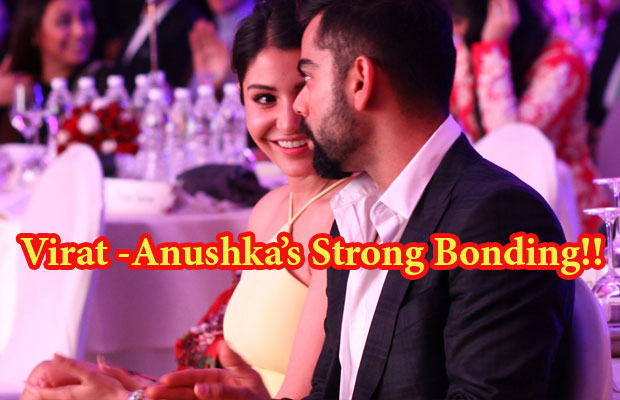 [tps_footer]Anushka Sharma and Virat Kohli are always in the news for their alleged relationship. Earlier the duo made the major headlines when Virat started unfollowing Anushka on Twitter and Instagram. It was said that the couple had taken a break from each other. This news had left all of us shocked. But happy times are back recently during Anushka’s birthday Virat started following her on Instagram and Twitter. He did everything possible to win his lady love back. And the good news is that Virat and Anushka are bonding big time and we are loving it.

Initially, the couple was seen dining together at a restaurant in Bandra.  Now recently we spotted Anushka and Virat in Bangalore.  Both of them were looking really happy with each other.While Anushka opted for a simple casual look, Virat opted for a Macho look and indeed the couple was looking happy in the picture.

While Anushka has Sultan, a sports drama with Salman Khan, Ae Dil Mushkil with Ranbir Kapoor in her kitty, Virat is shining in cricket and is making India proud by playing extremely well. We hope that these too stay in love forever. Meanwhile, we are really excited to watch Anushka with Salman in Sultan. This movie will surely rule our hearts and the fresh pairing between Anushka and Salman will be an interesting thing to vouch for.[/tps_footer]