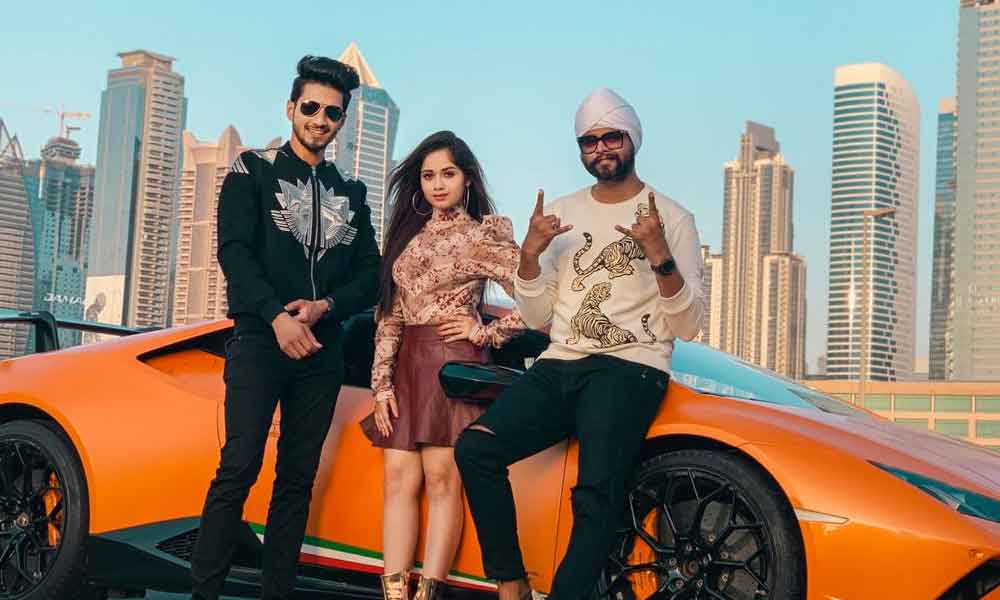 Faisal Shaikh, a well-known social media star is all set to debut in a video song. Faisal and Jannat Zuber famous T.V. actress will appear in Ramji Gulati’s song.

We get so many young talents from social media nowadays. All thanks to Facebook, Instagram and all were we get fresh and new faces.

The journey of Faisal Shaikh life is like a fairy tale from nothing to everything in one-year time. He started his life as a salesman, A simple boy from a middle-class family. He never dreams in his presence of becoming an Actor. Today he is all set to make a debut all because of his looks and acting talent. He would have never thought his hobby will help him come this far in his life. For him, everything is like a dream come true.

Faisal is an exceptional talent he has that looks which every director wants for a video song. Video making it is a trend nowadays as many singers are making their albums and videos to get famous from YouTube and other social media channels. So these videos will work for actors like Faisal. It is just a start for him. We will see him in many videos with the most successful singers of Bollywood. Because he has that talent which will make him a bigger star in future and it will benefit singers too because he is a fresh face and also a popular in social media platform.

Other than Videos we might also see him Web series which is now a new trend in India, well-known production houses are directing web series, and they are always in search of fresh faces and Faisal can be one. So don’t be surprised if you see him playing a significant role in the upcoming web series of leading production houses and if this happens, then there might be a Bollywood calling for him soon.

Faisal deserves everything he gets in his life because he is a supremely talented personality; audiences will love him on the screen for sure. Faisal believes in one thing nothing is impossible in life, and he always says one thing to believe in yourself then only others will find you.

We feel Faisal has nothing to lose from here whatever comes in his side will be a reward for him.

We wish Faisal Shaikh all the best for his Upcoming song, and one thing is sure from 4.2 M fans on Instagram his popularity will be double after this video, it would be a life-changing event for him.