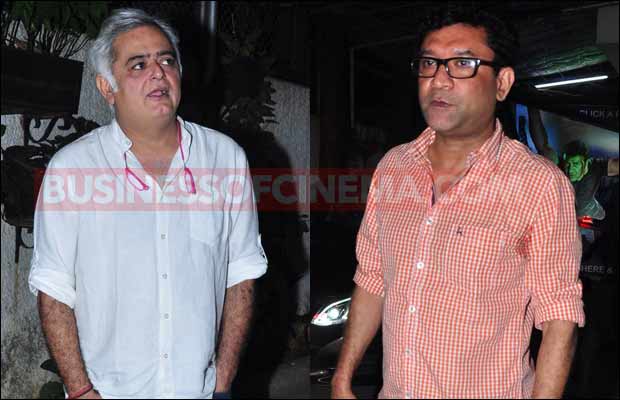 [tps_footer]Bollywood actors Manoj Bajpayee and Rajkumar Rao along with director Hansal Mehta held a special screening of their upcoming movie ‘Aligarh’ last night in Mumbai on February 23, 2016. The screening saw an array of celebs coming forward to show their support to a brave storyline.

Manoj Bajpayee came to the screening with his wife Neha and daughter Alva. Rajkumar Rao and Hansal Mehta were present and greeted the guests. Manoj’s excitement was very evident as he greeted the guests. The actor was seen having a good time with his close friend Tabu. They have been friends for the longest time and have always supported each other’s work.

‘Aligarh’ has been in news for its brilliant story and performances. The movie won accolades at various film festivals and was the opening film at 2015 MAMI festival. The film is based on the life of Indian author Dr. Shrinivas Ramchandra Siras, who was sacked from his job because of his sexual orientation.  The professor taught Marathi in Aligarh Muslim University.  The film has been news since the Indian Censorboard decided to give it adult rating even though the trailer has nothing but the work ‘homosexuality’ in it. The film is slated for its world wide theatrical release on 26 February 2016.[/tps_footer]