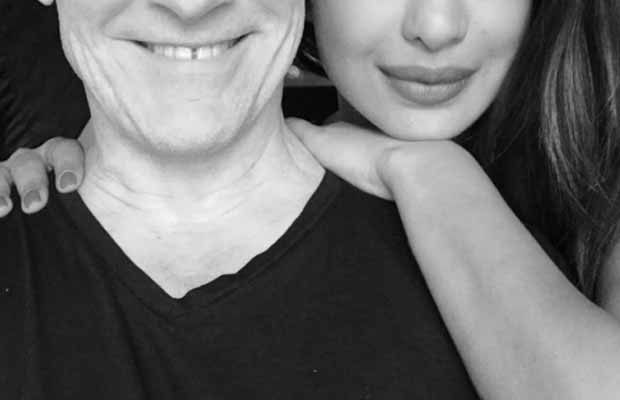 The Bollywood Queen Priyanka Chopra is stepping up her social media game. Her recent selfie with ‘Summer of 69’ singer Bryan Adams has everyone talking.

Priyanka Chopra has been quite active, her latest movie ‘Baywatch’ where she played a negative role has impressed fans. She even managed to get her own show ‘Quantico’ that will be releasing its season 3 this year. Her presence both nationally and internationally is getting a lot of attention from the media and her fans around the world.

The actress posted the cute picture while leaning on the singer. The friends are smiling and looked adorable together in a black-white picture.

Bryan Adams is part of the Hear the World Foundation that looks after children with hearing problems. Priyanka Chopra joined it recently just like other celebrities.

Priyanka Chopra posted the picture with the caption saying,” Was so good to see you again @bryanadams happy to be a part of such an amazing project #heartheworldfoundation ❤️

Bryan Adams also posted the same selfie but with a split second difference where Priyanka Chopra is laughing while looking away from the camera. “Shooting photos today of the lovely @priyankachopra for #heartheworldfoundation,

Shooting photos today of the lovely @priyankachopra for #heartheworldfoundation

The friends are meeting after long. They were first introduced earlier for a campaign for the fashion brand Guess in 2013. Actor Mads Mikkelsen and former supermodel Cindy Crawford are also part of this foundation.

Priyanka Chopra is currently busy with her second Hollywood movie titled ‘Isn’t it Romantic’ with actors Liam Hemsworth, Rebel Wilson and Adam DeVine. She was spotted in a beautiful rose gold gown with a thigh-high slit waking down the streets of NYC for the movie. It is set for Valentine’s Day release in 2019. She is also working on another cameo in a movie title ‘A Kid Like Jake’ starring Jim Parsons, Octavia Spencer and Claire Danes