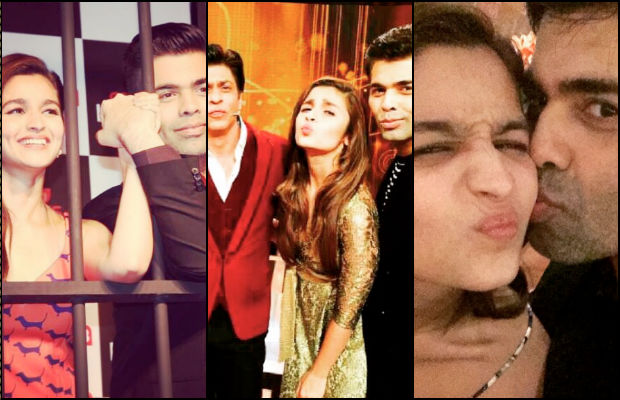 In 2012, Karan Johar launched Alia Bhatt, Varun Dhawan and Sidharth Malhotra in his film ‘Student Of The Year’ which was one of the hits of the year and did very well at the box office. Since then we have seen Alia growing as an actress and improving on her acting skills. After ‘Student Of The Year’, the actress gave tremendous performances in ‘Highway’, ‘Two States’, ‘Humpty Sharma Ki Dulhania’ among others. But with time, we also saw the bond between the actress and director growing deep and for Alia he is no less than her father.

CLICK HERE FOR ALL BOX OFFICE UPDATES
The duo has been frequently meeting and posting pictures on their Instagram handle and here are few pictures that we have chosen to show you!