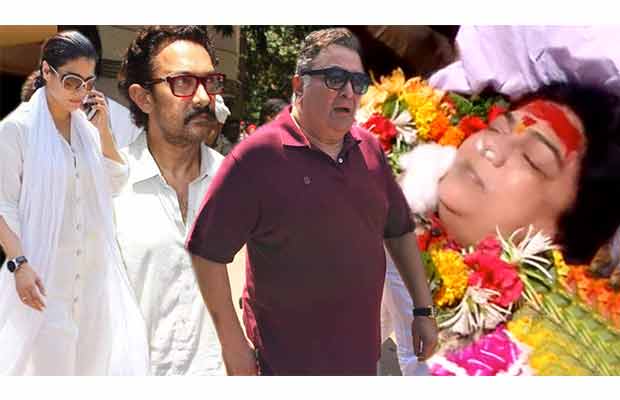 Reema Lagoo’s co-stars are coming at her residence to bid her a final good-bye.

As her body arrived at her residence in Andheri, Bollywood celebrities like Aamir Khan, Kiran Rao, Rishi Kapoor, Mahesh Bhatt, Sanya Malhotra, Mahesh Manjrekar, Sachin Pilgaonkar with daughter Shriya arrived at her place to pay their final respects. Some of the TV celebs who have worked with the late actress were also there.

Here are some of the posts from the celebs as their last tribute to the veteran actress:

Sad to hear about #ReemaLagoo. Remember working with her as an associate director in #Rangeela.A talented actress & a warm person. RIP🙏

Shocked & saddened that #ReemaLagoo ji has passed away. One of the most pleasant faces on the Marathi & Hindi screens.. will be missed🙏🙏 pic.twitter.com/W1Vbmd7fP3

Reema Maushi passed away early this morning . A big loss . A personal loss. Known her since I was a child . RIP SaasuMaa #ReemaLagoo miss u

I wish we wrote better roles for actresses. #ReemaLagoo's immense talent was traded in for stereotypical mother roles, from the age of 30!

Saddened to hear about the demise of #ReemaLagoo, had the opportunity to work with her…a fine actress and person.Prayers to the family ??

So terribly sad 2hear #ReemaLagoo is no more.worked with her in so many songs n she was just the most loving soul..condolences 2 her family

This is truly sad news…she was warm, gracious and an exceptional actor…I had the privilege of directing her….#RIPReemaLagoo