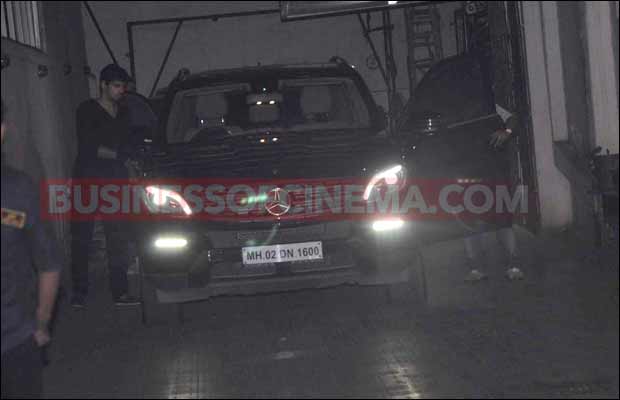 [tps_footer]Bollywood actors and alleged couple Sidharth Malhotra and Alia Bhatt were snapped together outside Karan Johar’s office on January 12, 2016. Time and again the duo has denied that they are in relationship. Both of them were seen arriving to meet filmmaker Karan Johar. Alia and Sidharth are starring in Karan’s upcoming movie ‘Kapoor And Sons’. alongside Fawad Khan. Sidharth was snapped in a navy blue shirt whereas Alia sported a checkered T-shirt. Both arrived in the same car but avoided the shutterbugs. Alia and Sidharth were also snapped getting cozy at Dabboo Ratnani’s 2016 Calendar Launch.

Bollywood diva Kareena Kapoor Khan was snapped in Bandra on January 13, 2016. The actress was dressed in a black T-shirt and trousers. She was visiting a friend’s place accompanied by her mother Babita Kapoor. Kareena, recently, returned from Saifai Mahotsav after giving a dazzling performance. On work front, Kareena is starring in R Balki ‘Ki And Ka’ opposite Arjun Kapoor and is also filming for ‘Udta Punjab’ which also stars Shahid Kapoor and Alia Bhatt.

Filmmaker and actor Sohail Khan was snapped at an event yesterday January 13, 2016. Few days ago, Sohail launched the sixth season of the Celebrity Cricket League which kicks off on January 23, 2016. The actor was snapped in grey T-shirt and blue denims.