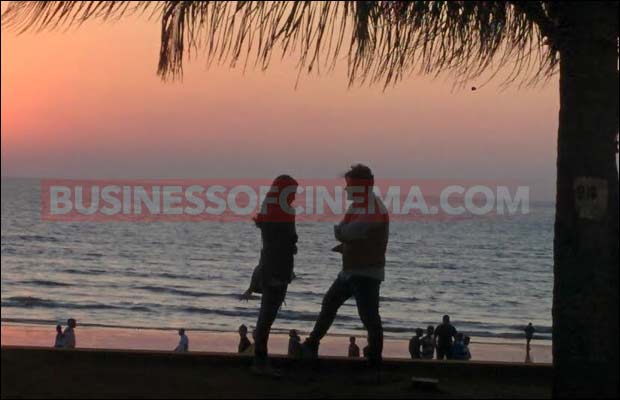 [tps_footer]Actor Dia Mirza began shooting for a first-of-its-kind Indo-Iranian co-production starring opposite Iranian superstar Mohammad Reza Golzar. ‘This movie is going to be a confluence of the two countries as well as Indian and Iranian cultures and that’s what got me really excited,” says an excited Dia Mirza.

The movie titled ‘Salaam Mumbai‘ ‎is set in the maximum city and explores the tumultuous love story of the two main protagonists – Mohammed and Dia Mirza. “Golzar is considered to be the Shah Rukh Khan of Iranian cinema, and through him I thought it would be interesting to be exposed to a new audience of 80 million Iranians.” The Shah Rukh Khan connection doesn’t end there. Incidentally, the movie happened after Dia met SRK’s doctor Dr Ali Irani, who in turn introduced Dia to the Iranian producer.

‘This is a movie about two medical students from different parts of the world finding love, and one that will capture the rich cinematic legacies of the two countries,’ adds Dia.

‘Salaam Mumbai’ is directed by the much acclaimed Iranian director Ghorban Mohammadpour and has Javad Norouzbeigi as one of the producers. Javad Norouzbeigi is known to have produced some of the masterpieces of Iranian cinema and also having partnered with the genius Majid Majidi on The Sea of Sparrows.

Iranian cinema is known for its subtle portrayal of hard hitting subjects and is acclaimed the world over for its poignant style and having survived despite oppressive regimes.

“As the world shrinks and artists from different countries collaborate to work together, it’s a great opportunity for us to learn and take our art to newer platforms and audiences,” adds Dia.[/tps_footer]