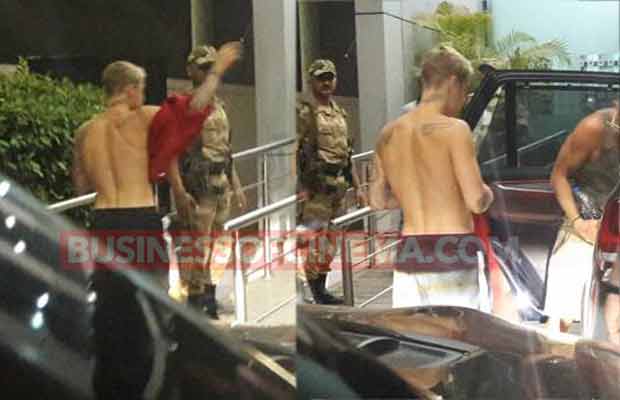 Beliebers had mixed emotions in their eyes as they saw their favourite pop singer Justin Bieber performing live at DY Patil Stadium on May 10. Thousands of fans across the country had arrived to attend the much-talked concert. While many expressed their excitement and praised the concert, several took to twitter to express their anger after Justin lip-synced few songs. There were lots of glitches but where did Justin vanish after the concert?

Reportedly, Justin Bieber left India within hours after the concert ended. The international singer was supposed to visit Agra, Rajasthan and also ditched Bollywood party post the concert in Mumbai. However, not many know that Justin has left the country and we have got our hands on his airport pictures. One can see in the pictures, shirtless Justin getting ready to make his way inside the airport.

Looks like Justin could not bear the heat in the country and decided to head back. In fact, even during the concert, Justin apologised to his fans after his guitar went out of tune at the concert due to humid. He was constantly seen mopping his forehead with a towel during the concert, which was quite evident that he was unable to survive in this hot climate.

Due to this, Justin could not enjoy his extended trip in India. We hope next time he finds the best season to visit India in order to avoid this terrible summer heat.

“What a beautiful night for me as I am here in this beautiful country for the first time. And you people are fav (favourite),” Bieber said as he started the show at the D.Y. Patil Stadium last night.

Watch him playing guitar at the concert last night:

(8) Another video of Justin Bieber onstage performing at the #PurposeTour in Mumbai, India. (May 10) pic.twitter.com/NPgZkV7126 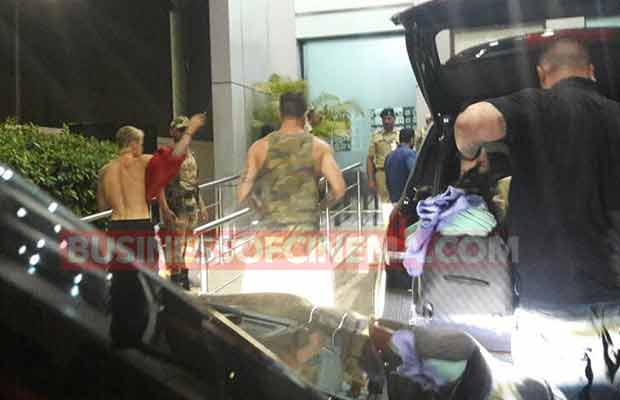