Gauri Khan designed her restaurant Arth and hosted a party yesterday to announce its launch.

However, the star of the evening was none other than Shah Rukh Khan-Gauri Khan’s daughter Suhana. The gorgeous teen looked stunning and hot in an orange dress that she paired with yellow heels and open hairdo completed her look. Suhana was not only the part of her mother’s achievement and work, but was also seen greeting and welcoming B-town celebrities along with her daddy Shah Rukh Khan.

Usually, Suhana is mostly spotted in casuals, but she looked gorgeous in a Pamela Grover outfit. Here’s how Gauri reacted to Suhana’s look. She wrote, Orange …worked ?@pamelavgrover thanks

And a fulfilling Father’s Day at Arth designed by @gaurikhan

Some more photos from the event:

So proud of @gaurikhan …her designed new place @arthmumbai is amazing!!!!

ARTH Bandra mumbai, a must visit to sparkle the soul ❤️???

This girl, this space OMG! Makes me proud it’s all an organic flow of her… ARTH Bandra created unique @gaurikhan love ❤️ u madly 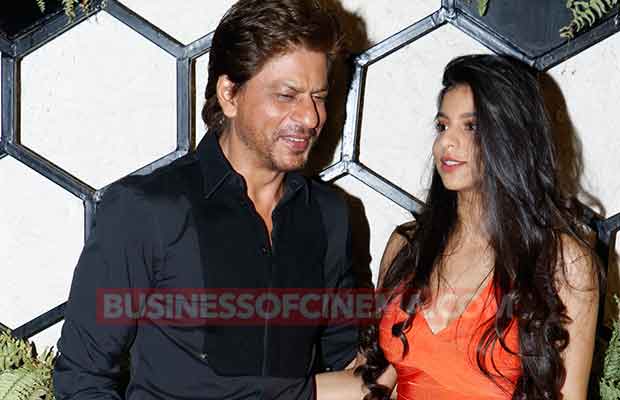