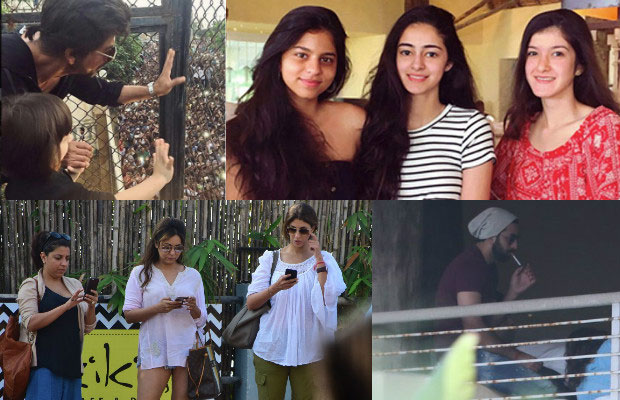 Bollywood actor Shah Rukh Khan ringed his 51st birthday at his Alibaug beach house with his close friends and family. Rather than hosting a grand and lavish party, SRK chose to have a relaxing day at his beach house with friends. King Khan’s close friends, Karan Johar, Ranbir Kapoor, Ayan Mukerji, Chunkey Pandey with wife Bhavna Pandey, Zoya Akhtar, and few others were seen chilling out in Alibaug on SRK’s 51st birthday. Unlike every year, SRK did not hold any press conference at his Mannat bungalow but made sure that he greets his fans from his Mannat balcony. The actor specially arrived Mumbai from Alibaug to greet his thousands of fans who were waiting outside his house to catch a glimpse of their favourite star on his 51st birthday.

Check out inside photos of high-profile get-together!