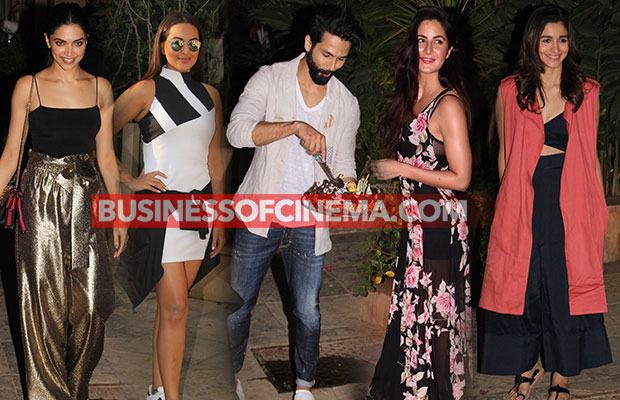 Bollywood heartthrob Shahid Kapoor, who has geared up for the promotions of his upcoming film Rangoon, celebrated his pre-birthday yesterday at his residence in Mumbai. Shahid’s adorable wife Mira hosted a pre-birthday bash at their residence as they would be out of the city on the actor’s birthday i.e. on February 25. Mira along with Sasha played a perfect host for the evening. The party was hosted keeping Shahid Kapoor fitness regime in mind as he has been maintaining himself for his next Padmavati. Mira on her own decided the menu and made sure that it’s a non-alcoholic and healthy party.

Besides, the party was attended by who’s who of the tinsel town. Celebs including Deepika Padukone, Katrina Kaif, Ranveer Singh, Varun Dhawan, Alia Bhatt, Sidharth Malhotra and Sonakshi Sinha were spotted at his birthday party in their best stylish looks.

Last but not the least, Shahid’s wife Mira looked stunning and we can’t stop drooling over her pretty and simple look that she carried at her hubby’s birthday. The two gave s perfect couple goals as they posed for the shutterbugs at the party.

As Shahid will be traveling out for his birthday, the actor didn’t miss to celebrate his birthday with media. 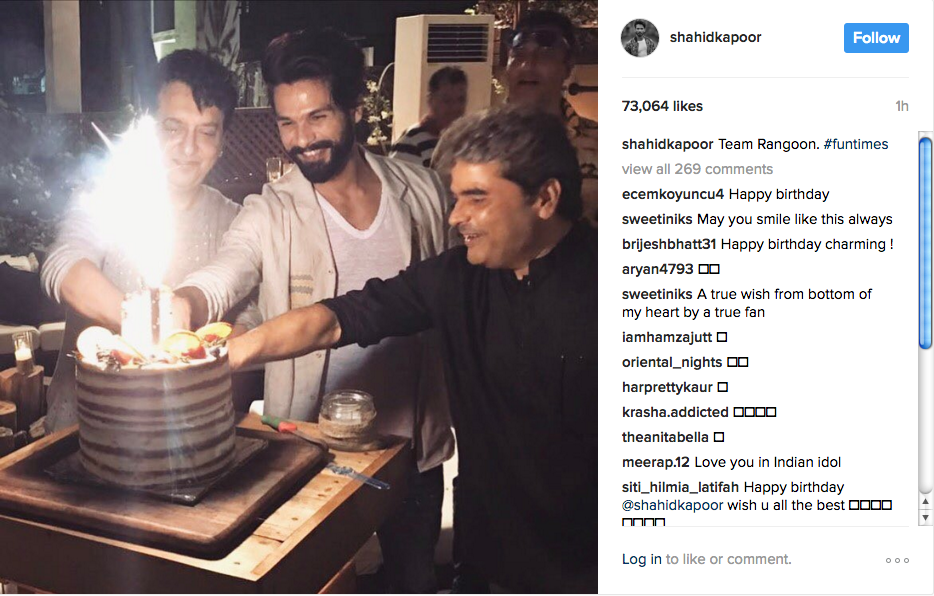