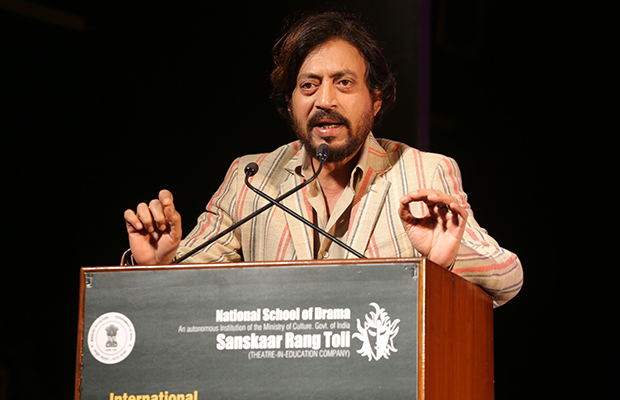 Irrfan Khan has always been the one to represent his voice for causes and matters which he has strongly believed in.

In more ways than one, he has become an opinion maker and thus his representation for various causes have helped find them its due importance.

After having done his bit time and again for theatre, a platform he owes his career to, Irrfan ensures to give back to theatre as and how he can.

He recently took over the role of the chief guest and the face of the Jashne Bachpan International Children Theatre Festival which was held in New Delhi.

The venue of the festival was all the more special being the place from where Irrfan started, the National School of Drama.

Irrfan Khan took to stage amidst a house packed with children from the age group of 5-15 years.