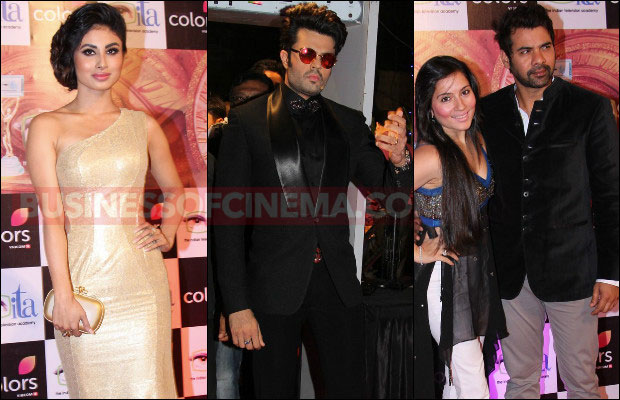 Mouni Roy looked gorgeous and hot in the golden gown, while Debina looked gorgeous in her purple hued gown. Shabbir Ahluwalia made an adorable appearance with wife Kanchi, Roshni picked a multi-colored beaded jacket with black dhoti pants. The stars took over the red carpet with their classy sartorial picks.

Check out stunning red carpet photos from the grand night!