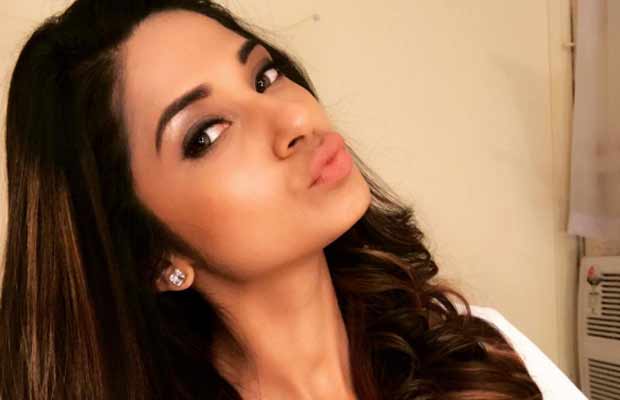 Jennifer Winget is born to a Punjabi mother and a Maharashtrian – Christian father, and is often mistaken for a Westerner due to her unusual name. Jennifer Winget turns 32 today and we all know what a gorgeous beauty she is!

She started her career at the age of 10 as a child artiste in the film Akele Hum Akele Tum followed by Raja Ki Aayegi Baraat (1997), Raja Ko Rani Se Pyar Ho Gaya (2000), and Kuch Naa Kaho (2003). She did two more films which never saw the light of the day.Later as an adult she went on to work in various different Indian TV shows.

Jennifer married Karan Singh Grover on 9 April 2012. In November 2014, Jennifer stated that she and Karan had separated.

She won the Indian Television Academy Awards for Best Actress Critics for her role in Saraswatichandra. Eastern Eye placed her at 21st position on its list of World’s Sexiest Asian Women for 2012. Currently, Jennifer is working in the Sony Entertainment Television romantic thriller Beyhadh.

However, Bollywood is not something new for Jennifer as she began her career on the 70mm screen but before television happened to her. Besides being her birthday, this month was supposed to be extra special for Jennifer as her first major Bollywood film would have hit the theatres this month. The makers had initially planned to release Phir Se on May 8, 2015. Anyway, the movie has now been pushed to June 26,2017.

Jennifer came in the limelight with the Ekta Kapoor show Kasautii Zindagii Ki but it was Dill Mill Gayye that put her on the map.

The Beyhadh beauty has evolved over the years not only as an actress but as a performer too. The cute bubbly girl known for her chirpy looks has defied her image with her look and performance in Sony TV’s Beyhadh. No one in their wildest dreams ever expected Jennifer in a role like Maya’s. But she lived up to everyone’s expectations so well that went the makers tried to give her role a makeover, fans demanded to see her psycho avatar again. Her looks, her dialogues and her body language simply justify the character she plays onscreen.

The actress after separation from husband Karan Singh Grover made a rocking comeback with her shows. Also, it was only after Beyhadh that she received the much-needed recognition as an actress. Jennifer’s style sense has seen a drastic change too. Her recent photo shoot pictures are bomb and it’s clear that she is more than happy in her new skin and enjoying the current phase of life.

She is no longer dwelling in her past and broken marriage and has only come out strong out of everything. Jennifer has been sharing pictures of her photo shoot on her Instagram profile and you cannot miss this transformation in her.

As the actress gears up to bring in her special birthday today, we wish Jennifer a great birthday and hit movie ahead.

Check out these pictures :