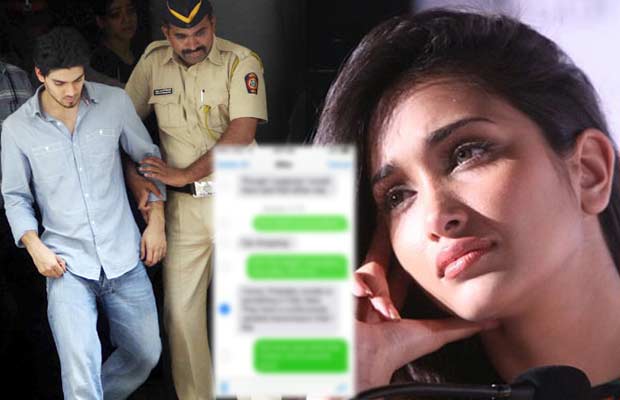 [tps_footer]Jiah Khan case has taken a drastic turn lately. With the intrinsic details of Jiah’s pregnancy and abortion, the case has become extremely sensitive. Central Bureau of Investigation received loads of flak for leaking the charge sheet details in the public domain. The Court is not too pleased with the CBI officials for leaking the information while the investigation is still in process.

A charge sheet was filed against actor Sooraj Pancholi stating that he had a role to play in the abortion, the charge sheet further delved more into details and also suggested that the foetus was extricated by Sooraj Pancholi and was disposed off in the toilet. The stated incident eventually prompted Jiah Khan to take her life.

The latest development on the case is that on the day Jiah Khan committed suicide, Sooraj and Jiah encountered a heated argument. The misunderstandings took a long course and eventually lead to a war of words between the two. According to the CBI, Sooraj Pancholi sent a bouquet of flowers to Jiah as she had bagged a career opportunity, following the same, Sooraj Pancholi headed to a restaurant for dinner with a friend.

Just when Sooraj Pancholi sent someone to fetch her, Jiah had already left the place. The incident led to a heated argument between the two and Sooraj once again called Jiah Khan at around 10.54 pm which was their last conversation. After the call, Sooraj also sent messages to Jiah Khan and mother Rabia at around 11.20pm found Jiah Khan hanging in their Juhu apartment.

The Jiah Khan case seemed to be an end when the officials initially declared the death as suicide; however, Jiah Khan’s lengthy suicide note carried loads of information that hinted that Sooraj had ruined her life.

In the year 2013, Jiah Khan was found dead under mysterious circumstances. After Jiah’s mother Rabia noticed flak in the investigation she appealed for a re investigation and the case was handed over to the CBI. The hearing for the case is now scheduled for January 18th, 2016.