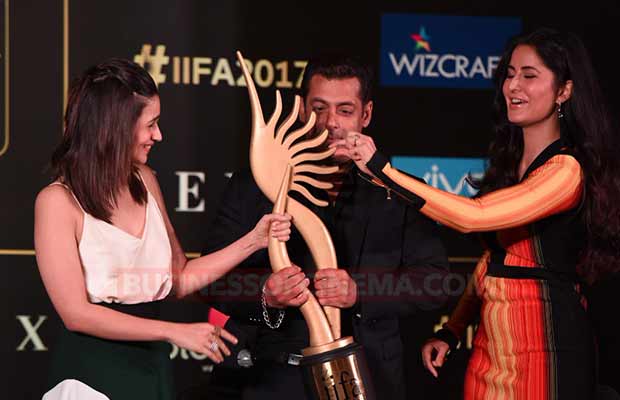 One of the most glamorous events of Bollywood, IIFA Festival will be held in New York for the very first time.

The press conference was graced by some other Bollywood celebrities along with the Wizcraft bosses, the company that has been doing the pioneering job of taking the Indian cinema all across the globe.

IIFA 2017 will be held in New York on July 14 and 15,2017. Some of the biggest celebrities from the world of entertainment will be causing a big splash in USA this year.

IIFA was held in Tampa Bay in 2014 and was also graced by the likes of Hollywood stalwarts John Travolta and Kevin Spacey. It remains to be seen what aces will be unveiled at IIFA, New York, this year.

Meanwhile, talking about their upcoming films, Salman Khan has geared up for the promotions of his upcoming film Tubelight. which is directed by Kabir Khan.

On the other hand, Katrina Kaif will be seen opposite ex-beau Ranbir Kapoor in their much-delayed film, Jagga Jasoos. The film is releasing on July 14,2017.