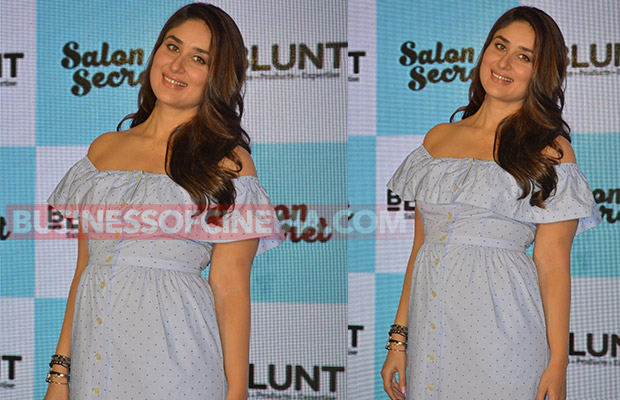 At the event, Kareena Kapoor Khan was asked if she will work ahead and that if she is a part of Rohit Shetty’s Golmaal 4 as there are speculations that she will be doing a special song in the film. Also, recently Rohit Shetty expressed his inability to call the actress for a role in Golmaal 4 owing to her pregnancy.

Reacting to the same, Kareena said, “Those who have a role for me they will come to me. Pregnant or not. I don’t think there is anything wrong in that. Why should he be scared? I should be scared of him.”

When asked who she feels has the best hair in B-town, Kareena’s reply was, “Shah Rukh Khan.”

On being asked to name one female actor, Kareena had a witty reply, “You don’t know but most use hair extensions.”

On the professional front, Kareena will be next seen in Veera Di Shaadi along with Sonam Kapoor, to be directed by Rhea Kapoor.