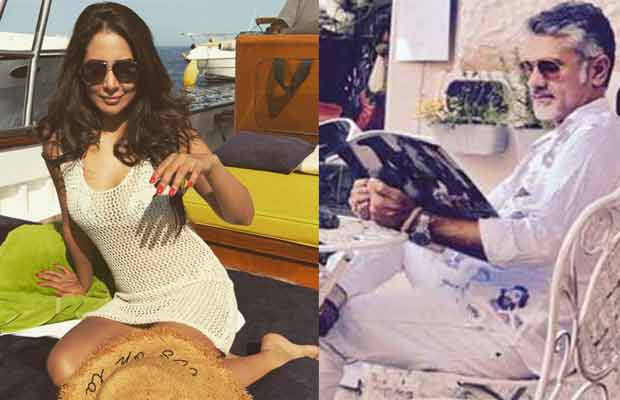 Kim Sharma’s husband Ali Punjani dumped her for another woman and now, the actress is dating designer Arjun Khanna.

Bollywood actress Kim Sharma was recently back in the news after reports started doing rounds about her being dumped by her husband. As reported earlier, the actress was making headlines for reports, which claim that, her husband, Kenyan business tycoon Ali Punjani dumped her for another woman and that she was ‘penniless’ after the split. The reports were also doing rounds that the actress has changed her name and is planning to start her career as a brand strategist.

However, Kim Sharma rubbished the news but it came to notice that the actress has found love again. Reportedly, the actress is dating fashion designer Arjun Khanna. As per media reports, Kim and Arjun Khanna are holidaying together away from media eyes. Kim has been sharing her holiday pictures on Instagram but the duo has avoided posing together and sharing the same pictures on social media.

It is also being reported that Arjun’s closeness with Kim has created a trouble in his married life with wife Shefalee.