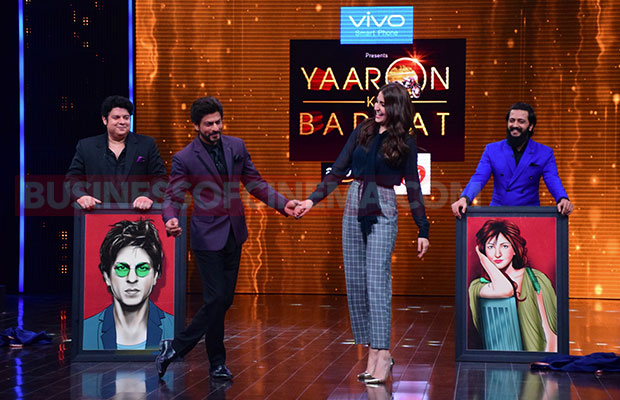 Shah Rukh Khan is all set to appear on Yaaron Ki Baraat with hot Anushka Sharma. Shah Rukh has a very good rapport with Anushka as they have worked together in three films Rab Ne Bana Di Jodi, Jab Tak Hai Jaan and the upcoming film, The Ring.

When the hosts Sajid Khan and Riteish Deshmukh were hunting for friends close to SRK who could come on the show with him, it was Shah Rukh who suggested Anushka’s name.