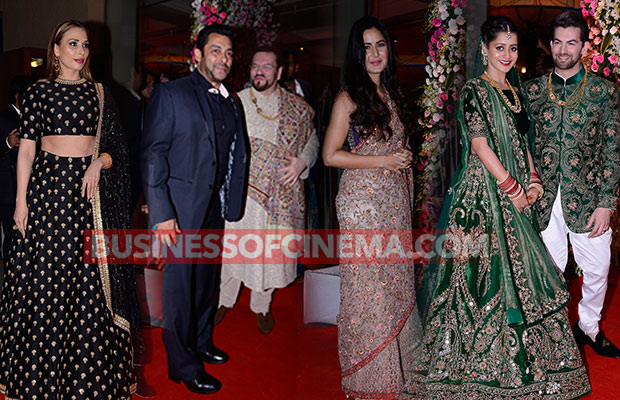 Having played step brothers in Prem Ratan Dhan Payo, Neil Nitin Mukesh and Salman Khan have been friends. And how could that happen that he wouldn’t invite the biggest superstar of India at his wedding?

Yes! Salman Khan was seen at the grand wedding and not just that! He took all the limelight on himself. Here’s how!

The Bajrangi Bhaijaan actor was spotted wearing a black suit. The moment he entered, the media and crowd went crazy behind him. He entered and met the groom and congratulated him. Salman Khan also greeted the groom’s father and went off. The media also focused on Katrina Kaif as she had arrived quite early at the event.

Be it any, Salman Khan took all the limelight and was the star of the day.

On the career front, Salman Khan will now be seen in Kabir Khan’s Tubelight that also has a cameo of Shah Rukh Khan. This is happening after many years that the two will share screen space.