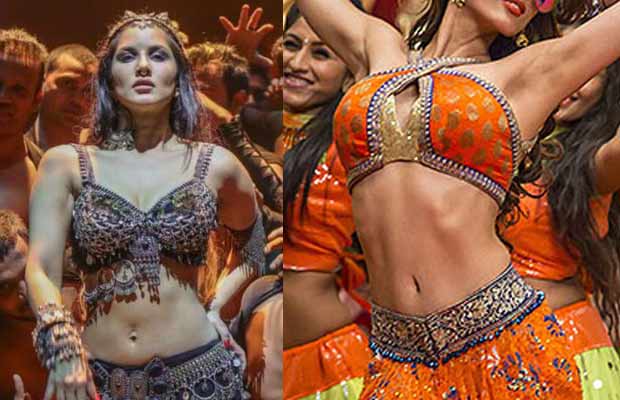 The Sanjay Dutt starrer ‘Bhoomi’ recently released their first song and we have to say it is quite ‘trippy’. The name itself is ‘Trippy Trippy’ and stars actress Sunny Leone dancing to the beats of the catchy tune.

But did you know that Sunny Leone was not the first choice for the song?

A source claims that Malaika Arora was the first choice for the item number but the actress was busy and couldn’t fit her dates. Malaika apparently cited date issues and hence the creators went to Sunny Leone with the special song.

This is the second time; Malaika Arora has lost a project to Sunny Leone. In the past, the talented dancer was asked to be part of Shah Rukh Khan’s movie ‘Raees’ but couldn’t do it. Malaika Arora was the first choice for ‘Raees’s’ item song ‘Laila O Laila’ but the actress was busy even then and had to pass the offer.

This song ended up coming to Sunny Leone who grew more popular with another item song in her list of work projects.

On another note, Malaika Arora was being flooded with birthday wishes and not on her birthday. It was a mistake Wikipedia which resulted in fans and social media accounts to wish the actress.

Malaika was a good sport and posting a beautiful picture of herself, she wrote, “Hi everybody ….I jus want to clarify it’s NOT my birthday today. Wikipedia seems to have screwed up n got it all wrong. thanks for all the love n way way too early wishes….. my birthday is on the 23rd of October .do mark that in ur calendars now #23rdoctoberismybirthday #23rdoctober #proudscorpio.”

Hi everybody ….I jus want to clarify it’s NOT my birthday today .wikipedia seems to have screwed up n got it all wrong. thanks for all the love n way way too early wishes?…..my birthday is on the 23rd of October .do mark that in ur calendars now????#23rdoctoberismybirthday#23rdoctober#proudscorpio

‘Bhoomi’ is all set to release on September 22nd this year. Let’s hope we see Malaika Arora back in action very soon!