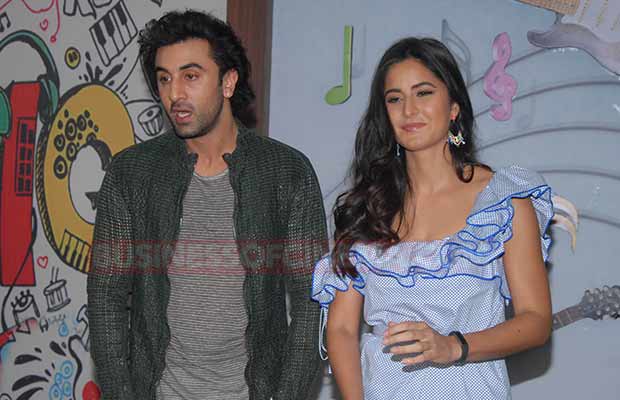 The Bollywood actors and ex-flames Ranbir Kapoor and Katrina Kaif are currently on a promotional spree for their upcoming film ‘Jagga Jasoos’. The ex-couple, who had its break-up while the film was still in its mid-way of shooting, was earlier rumoured to not promote the film together.

But putting an end to all such reports, Ranbir and Katrina have been promoting their film with full spirit. But it is also to be mentioned that the two of them do not miss out on any chance of taking a dig at each other.

It was recently at a TV show, where the stars had gone to promote ‘Jagga Jasoos’. According to a report of Deccan Chronicle, Ranbir said something which made fun of Katrina’s acting skills.

When the actress asked him, “Sorry, what did you say?”, the actor instantly covered up saying, “When I say you haven’t acted in few films, I mean that you were so flawlessly natural that you didn’t need to act. In Zindagi Na Milegi Dobara you were so natural.”

‘Jagga Jasoos’ is all set to hit the theatres on July 14, this month.