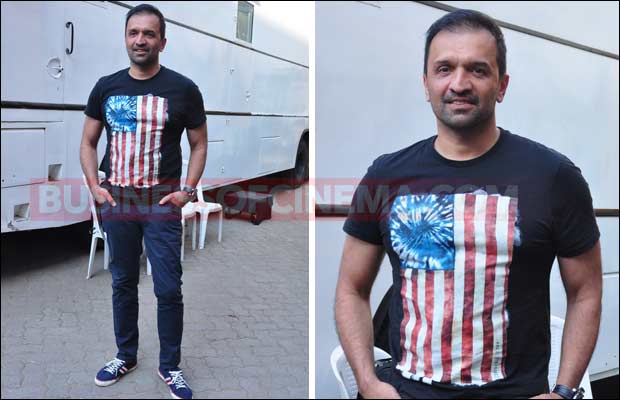 [tps_footer]Now that Bollywood actress Sonam Kapoor is on a promotional spree for her upcoming film ‘Neerja‘, she is back to back nailing with her fashion statements yet again. The actress gave us another power yet classy look in Pauleka black suit with open hairdo and smoky eye make up. Like always, the actress carried a perfect look at the ‘Neerja‘ promotions. Also spotted were, ‘Neerja‘ director Ram Madhvani and fashion photographer turned producer Atul Kasbekar.

With busy schedules, also spotted was actress Aishwarya Rai Bachchan with her little daughter Aaradhya. The actress was spotted with her daughter on the film’s sets of her upcoming film ‘Ae Dil Hai Mushkil‘. The two were clicked as they were stepping out of the vanity van. Also spotted at the Mehboob studio was Fawad Khan who will be seen playing the role of DJ in Karan Johar’s ‘Ae Dil Hai Mushkil‘.

While Aishwarya and Fawad Khan were spotted at the Mehboob studio, on the other hand actor Sunny Deol was spotted at a theatre in Mumbai. With his film ‘Ghayal Once Again‘ getting huge response, the film has already managed to make a good collection at the Box Office, in its first weekend itself. It’s more appreciated, as the actor has single handedly managed the entire film.

On getting immense response from the audience, Sunny Deol took to his twitter handle to share a video of him thanking his fans and also called them his real strength.

To all my fans, my real strength. pic.twitter.com/r07C1naHXQ