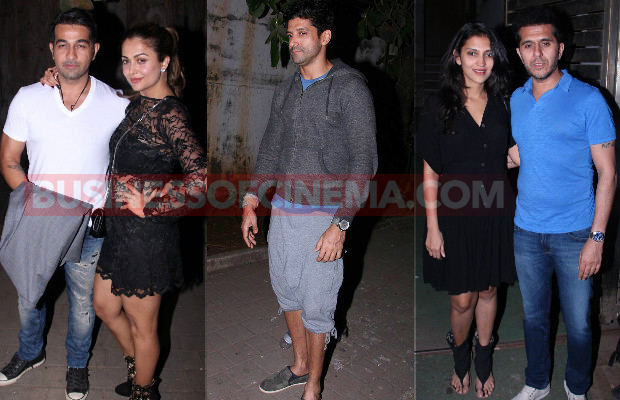 Bollywood actor Farhan Akhtar has turned a year older as he celebrates his 43rd birthday today. The actor ringed his birthday last night with his close friends and family members at his house in Mumbai. B-town celebs Riteish Sidhwani with his wife Dolly, Purab Kohli with his fiancé Lucy Payton, Amrita Arora with her husband Shakeel Ladak and others were clicked making their way to Farhan Akhtar’s residence. Farhan’s sister Zoya Akhtar was also snapped arriving n her car for her brother’s mini birthday bash.

Well, Farhan recently hit the headlines over his alleged relationship with his Rock On 2 co-star Shraddha Kapoor. It was also said that the two were apparently living in together. However, the actress strongly refuted all such claims later.