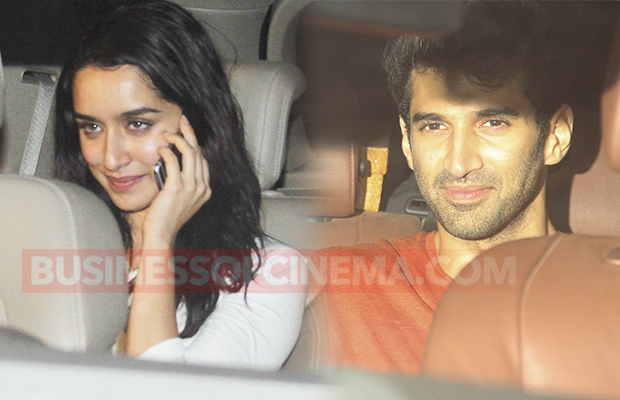 Last night the cast and crew of Shraddha Kapoor-Aditya Roy Kapur’s next Ok Jaanu came together for a party hosted by director Shaad Ali at his house in Mumbai. The lead stars of the film wrapped up the shoot of the film and partied at night at the director’s house. The alleged ex-lovers were seen in all smiles and had a great time together amid music, dancing, masti and much more. Reportedly, the party went until wee houses of the morning.

Talking about the film, Ok Jannu is an official remake of Mani Ratnam’s Tamil film OK Kanmani. The film stars Aditya Roy Kapur and Shraddha Kapoor in the lead roles, portraying a young couple in a live-in relationship in Mumbai