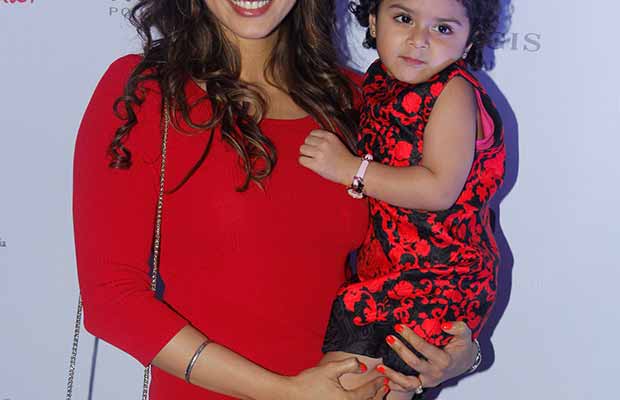 The recent munchkin who is also leading the brigade of popular star kids on the internet is none other than Isha Koppikar’s daughter Rianna. Isha Koppikar and her daughter Rianna were spotted at the launch of Pooja Makhija‘s ‘Eat. Delete. Junior’ book launch event, held in Mumbai on June 29, 2017. The mother-daughter duo was twinning in red and posed for an adorable picture as they arrived.

Actress Isha Koppikar has been on a break after she gave birth to a baby girl in 2014. However, she made a comeback earlier this year as a producer for a Telugu film. The actress had always managed to maintain a balance between her careers in Bollywood as well as in the South.