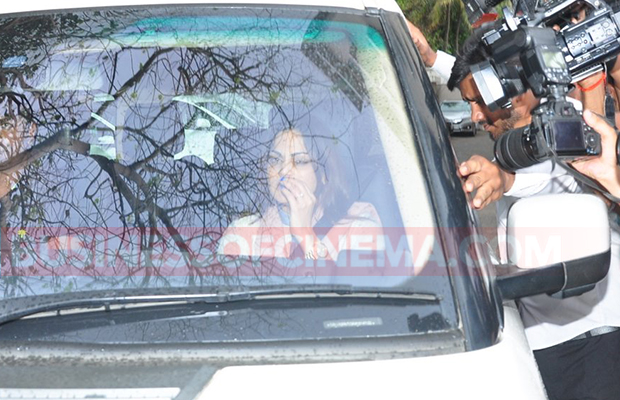 [tps_footer]It was yet another happy day for Bollywood actor Salman Khan and his family after he was acquitted yesterday in a poaching case, with the Rajasthan High Court. The court overturned the earlier verdict that sentenced him to jail for life. The high court yesterday in its decision stated that there was no evidence proved that the animals who were found dead were shot by Salman Khan‘s licensed gun.

On the other hand, another case about Salman Khan‘s alleged poaching of endangered blackbuck is yet to be decided in Rajasthan. Now it remains to see if state government decides to overrule the decision to the Supreme Court or no over the yesterday’s verdict.

Meanwhile, Salman Khan’s family is in a happy phase. Sisters Alvira Khan Agnihotri and Arpita Khan Sharma were spotted at Galaxy apartment yesterday evening. It seems the two sisters visited to meet Salman Khan after the court’s decision. And Guess what?

None other than alleged girlfriend Iulia Vantur was also spotted at Galaxy apartment along with sisters Arpita Khan Sharma and Alvira. The pretty ladies of Salman Khan’s life arrived to meet the actor as it was an emotional yet happy day for the entire Khan family yesterday. Moreover, it’s great to see that Iulia is standing by Salman’s side through his thick and thin.

The Sultan star also took to his twitter handle to thank everyone for their support. While some supported the actor, some took to twitter and slammed the law of the country over the unfair decision by the court.