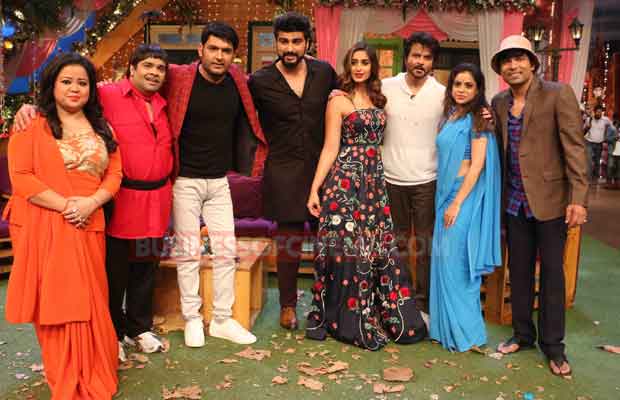 Since last one week, a lot has been written and said about how Kapil Sharma made Anil Kapoor, Arjun Kapoor, and Mubarakan team wait for hours on the sets for the film’s promotion. But Arjun later cleared the air with a tweet saying that Kapil couldn’t shoot due to his ill health.

Amid all the rumours and speculations, Anil Kapoor, Arjun Kapoor and the whole team of Mubarakan finally landed on the sets of ‘The Kapil Sharma Show’ yesterday. The whole star cast of the film received a grand welcome on the show. The sets were decorated with flowers and what not, making it look like a grand wedding affair. Keeping the theme of the film in mind, the makers of ‘The Kapil Sharma Show’ organized a grand welcome.

Actor Anil Kapoor tweeted a picture of himself with Arjun Kapoor, Ileana D’Cruz, and Kapil from the sets of the comedy show on Wednesday. “When it is with @KapilSharmaK9, it’s bound to be a laugh riot!,” the actor tweeted.

Athiya Shetty could not be a part of Kapil Sharma’s laughter riot as she was in Delhi for India Couture Week 2017.

Talking about Mubarakan, the film is a story of identical twins Karan and Charan who through a twist of fate end up becoming cousins. One brought up in Chandigarh and the other in London, they are as different as brothers can be.

The fun starts when their families start searching for a bride for them, unknown to the fact that they already have girlfriends. Will their genius uncle, Kartar be able to get them out of this mess or create more confusion?

The film releases tomorrow on July 28! 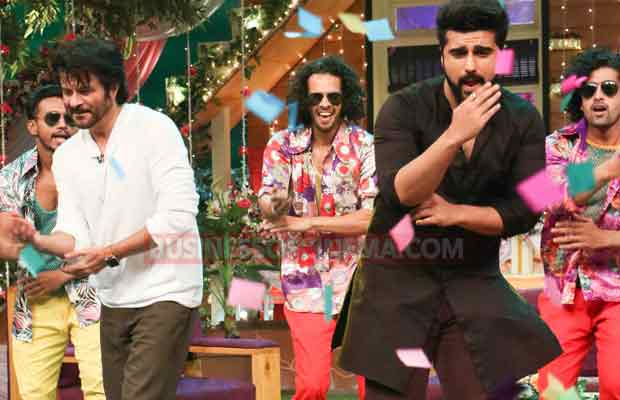