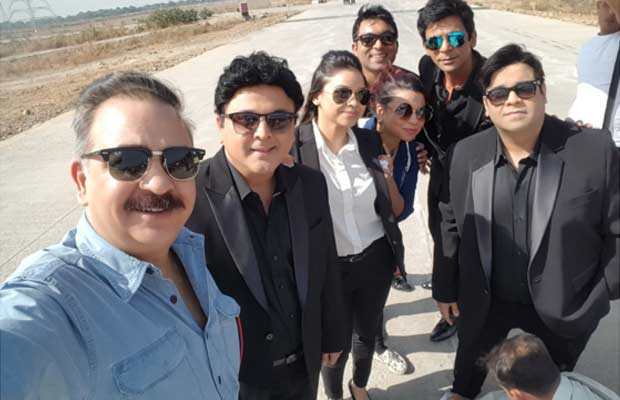 [tps_footer]Kapil Sharma is seriously ready to give a grand “babaji ka thullu” to the previous channel he was working with by shaking hands and signing up with the rival channel, Sony Entertainment, and is all set to start the new show, currently untitled, by reuniting his Comedy Nights With Kapil show‘s team. Should I say it’s untitled or they want to keep that as a secret to create more curiosity about it ?? Anyways, good move.

When it comes to Kapil, we know, his sense of humour is something, no one can deny, to be an outstanding talent any artist can ever possess. But his never give up attitude and never losing hope spirit is also something to notice and watch out from. A big lesson for those channels and people who like dictating others what they should and shouldn’t do. Even artists are ever ready to move to rival channels when they face tons of issues with their former channel.

Check out the unstoppable enthusiasm and happiness of the new team of Kapil Sharma with his old friends from CNWK. 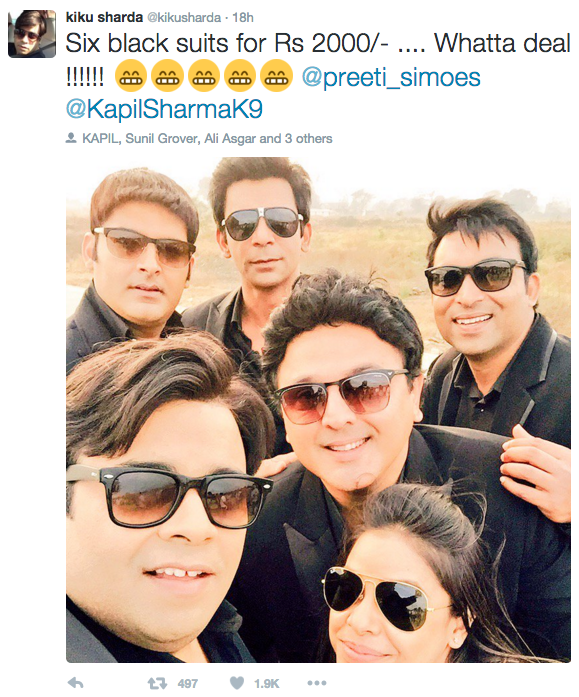 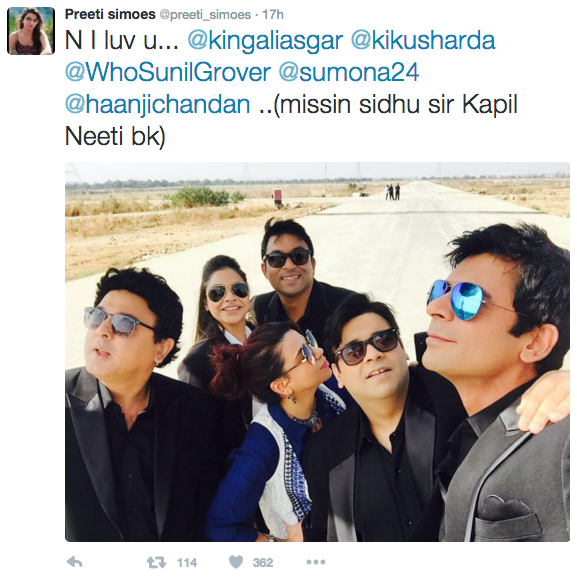 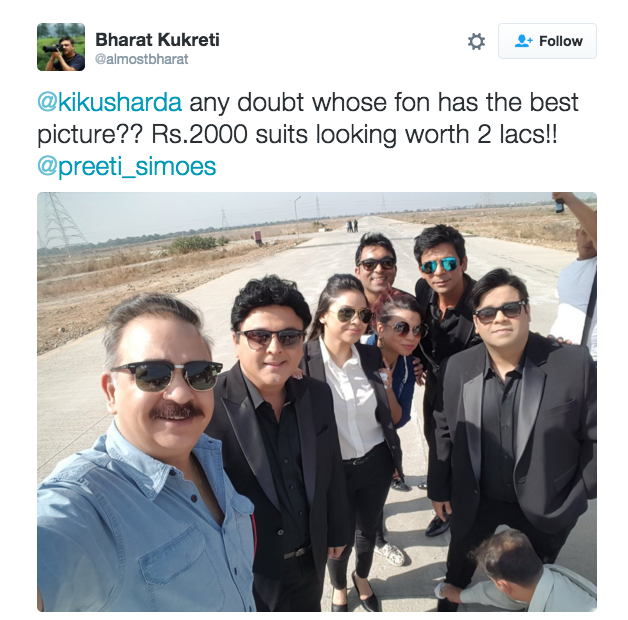 This show will be a treat for all those who are missing weekly dose of laughter from Kapil and his hilarious CNWK team. Maybe all the actors who played female characters earlier, may finally get to be a “man” in their new show and maybe even Sumona‘s lips will get spared from Kapil‘s badmaash comments. There is a chance of not missing Sidhu paaji‘s shayaris, comments and laughter on the new set too. It’s reported, that even he will join the new show soon.

Hope, all goes well with this show and channel. Kapil and his CNWK entire team has become part of lives as viewers. Wish they come back with another hit concept for their new show very soon. All the best !![/tps_footer]