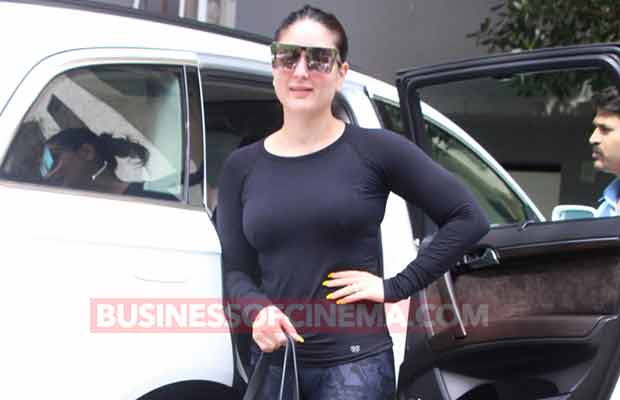 Besties Kareena Kapoor Khan and Amrita Arora snapped outside a salon in Bandra!

The Bollywood actress Kareena Kapoor Khan has turned all fit after her pregnancy. The actress has regained her figure as she has been sweating herself out at the gym daily.

The ‘Ki & Ka’ actress was spotted this afternoon with her bestie Amrita Arora, outside a salon in Bandra. Both the ladies were looking hot as they posed for the shutterbugs.

Kareena was spotted in an all-black look and was looking stunning as usual. Wearing a full-sleeved t-shirt with printed bottoms, she was carrying a stylish handbag. That reflector sunglasses were adding to the charm of the actress.

On the other hand, Amrita was looking equally beautiful in a sleeveless grey t-shirt paired with black bottoms and pink sport shoes.

Kareena Kapoor Khan will be joining Sonam Kapoor and Swara Bhaskar for Rhea Kapoor’s film Veere Di Wedding. The film, which was supposed to go on the floors last year, will now probably kick-start in September, this year.