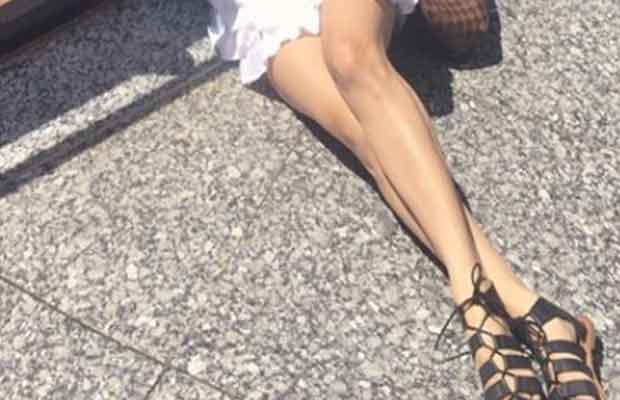 Mouni Roy has completed the shooting of Naagin 2 and is currently vacationing in Chicago!

It seems to be a holiday season as many of our B-town beauties are on a vacation. We have already shown you how Maanayata is having a fun time with her family in Europe. We also showed you how the Bollywood actress Karisma Kapoor is soaring the temperature high with her hot pictures from the French Riviera.

And now there is another actress who is currently on a vacation mode. It is none other than the TV actress Mouni Roy. The actress, who is currently ruling the television screens with the second season of her daily soap ‘Naagin’, is done with the shoot of the show. So, she has decided to take a break from work and has flown to the city of Chicago to enjoy.

She has been sharing some stunning pictures from her trip and as usual the actress is looking sizzling.

On the work front, Mouni Roy is all set to make her debut in the Bollywood film industry. She will be seen sharing screen space with the Khiladi of B-town, Akshay Kumar. They have come up together for Reema Kagti’s sport-drama film ‘Gold’.

Confirming the report, a source had informed Mirror earlier saying, ”Mouni will be seen in a completely different avatar to suit the era. She will film for 20-25 days in August and is one of the few female characters in the otherwise male-dominated narrative. She will be shooting extensively with Akshay.”

Check out some of her pictures here…