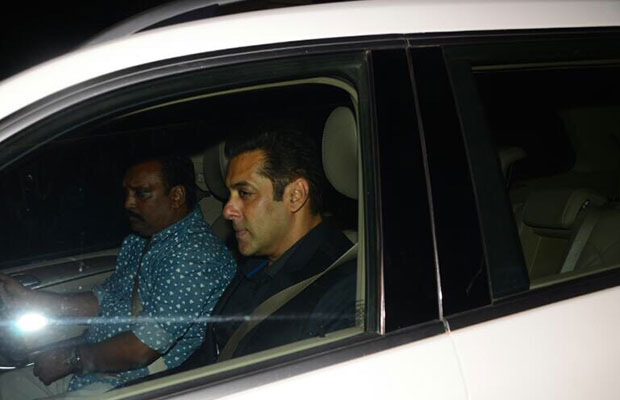 Sridevi’s daughter Jhanvi Kapoor is on a party spree. Recently, Jhanvi was spotted partying at Karan Johar’s residence with Bollywood beauties Deepika Padukone, Alia Bhatt, Kareena Kapoor Khan others. She was definitely enjoying her time with Dharma team and why not? Jhanvi is going to be launched under the same banner soon. KJO had hosted the party in honour of Christian Louboutin, who is currently in India.

On the same day, Jhanvi was spotted at Mukesh Ambani’s party where even Salman Khan was present. The duo was spotted moving out of the Ambani residence in their respective cars. What’s cooking? Nevertheless, Jhanvi looked stunning in summer wear while Salman looked dapper as usual in his trademark black and black formal look. As the actor was leaving in his car, Salman gave a signature Salaam to fans and media.

Reportedly, the party was organized by the Ambani’s on account of Mumbai Indians winning a match against Kolkata Knight Riders, owned by Shah Rukh Khan. We are totally unaware of what Jhanvi is up to. But now that she is being spotted with Bollywood biggies, she is surely gaining the star status even before her big Bollywood debut.

On a related note, Jhanvi Kapoor has already started gearing up for her big screen debut in filmmaker Karan Johar’s next.