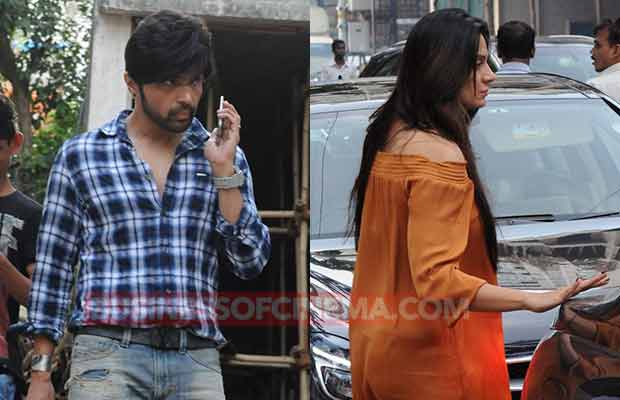 A couple of days back, Bombay court granted a divorce to Himesh Reshammiya and his now estranged wife Komal. Just a day before his divorce, the music composer was spotted with his alleged girlfriend Sonia Kapoor. The two were spotted together in Mumbai and seeing paparazzi, they immediately moved into their car. Himesh, who is always smiling for the shutterbugs, was seen little agitated to pose for the paparazzi.

According to reports, TV actress Sonia is dating Himesh since 2006. She had been regular at Himesh flat in Sky Heights, Lokhandwala and at his studio MHADA, Andheri. However, Himesh’s wife Komal has denied Sonia being the reason behind their divorce.

She said, ”I and Himesh completely respect each other and are jointly going with this decision to part ways legally but mutual respect will always be there between us as I am a part of his family and will always be, and the same is with him towards my family There are compatibility issues in our marriage but we respect each other immensely. Nobody else should be dragged into this matter and nobody else is responsible for this and the reason for our marriage not working is only and only compatibility.”

She further added, ”Sonia is not responsible for this at all and our son Swaym and our family loves Sonia just like a family member.”

Keeping it short and simple Sonia quoted, “Himesh’s family is my family and I love them.

Meanwhile, reports are doing rounds that Sonia and Himesh are going to get married very soon.