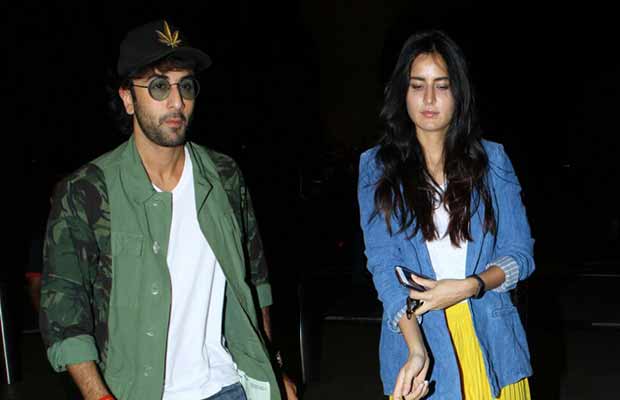 Ex-couple Ranbir Kapoor and Katrina Kaif were snapped at Mumbai airport last night. They were heading to promote their upcoming film Jagga Jasoos.

Ranbir Kapoor who led the audience enchanted with his look and mannerisms in Jagga Jasoos left no stone unturned to ace his act.

The actor shredded nearly 11 kgs to get into the shoes of Jagga Jasoos.

Ranbir Kapoor will be seen portraying the role of a school boy in his upcoming musical adventure Jagga Jasoos. The talented actor who will be seen in a younger avatar on screen opted to loose his muscles in order to match Anurag Basu’s vision.

Ranbir Kapoor is known to be a director’s actor effortlessly slips into his onscreen characters, and he did no different for Jagga Jasoos.

The actor who will be seen donning a producer’s hat for the very first time has been associated with the project over a year.

The actor exhibited his dedication to Jagga Jasoos by not only nailing his act but also by undergoing a physical transformation.

From his hairstyle to geeky look to his geeky acts and his quirky dance looks. Ranbir Kapoor is hailed for his portrayal for Jagga Jasoos.

The film’s trailer and the newly released songs Ullu ka Pattha and Galti se Mistake have left the audiences in anticipation and people are eager to witness the world of Jagga.