These days, Bollywood superstar Salman Khan is being spotted with his alleged Romanian girlfriend, Iulia Vantur. The two were recently seen at Sohail Khan’s house for a dinner party. Salman and Iulia have been snapped together again yesterday at the special screening of Tubelight, which was held at Yash Raj Studios. The two arrived together with Sonakshi Sinha. Also seen at the special screening from Khan family members were Salman’s father Salim Khan, his brothers Arbaaz Khan and Sohail Khan and brother-in-law, Aayush Sharma.

Besides Khan family members, B-town stars Sonakshi Sinha, Varun Dhawan’s father David Dhawan were among others spotted. However, Salman and Iulia’s appearance together in the same car stole the limelight.

Set in 1962 during the Sino-Indian war, the drama starring Salman Khan, his brother Sohail and Chinese actress Zhu Zhu, launches worldwide on June 23 during the Eid festival. Tubelight is going to witness the widest release across the country as it is releasing to 10000 screens worldwide.

Catch Tubelight in cinemas this Friday i.e. on June 23! 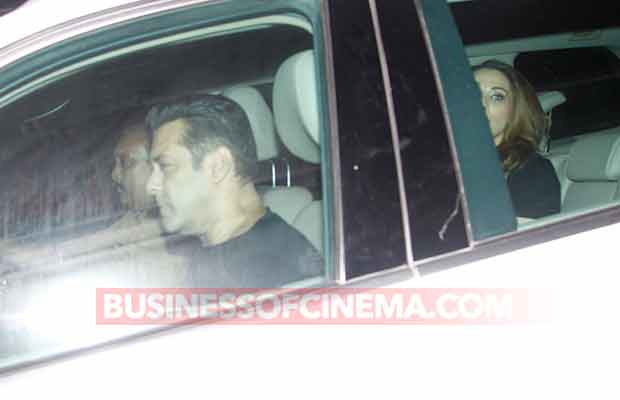