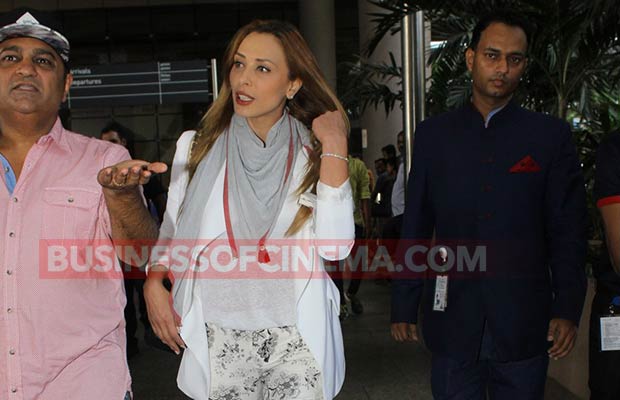 [tps_footer]The pictures of Iulia Vantur accompanying Salman Khan to Budapest, where the actor was to shoot a song for Sultan are out and the net is buzzing. Previously there had been a lot of speculation about this couple and Bhai has been constantly jabbed about his relationship with Iulia. Now, Salman was busy shooting for a song in Budapest and guess what? Iulia was around. Yaay!

The latest piece of news is that the shoot is over and Sallu is back home – with his Romanian girlfriend by his side. Aww!

The two were spotted at Mumbai airport a short while ago and they look absolutely adorable!

On a relatable note, Sultan is an upcoming 2016 Indian sports-drama film directed by Ali Abbas Zafar. Produced by Aditya Chopra under Yash Raj Films banner, the film stars Salman Khan and Anushka Sharma in pivotal roles and centers around Sultan Ali Khan (Salman Khan), a wrestler who has problems in his professional and personal life. From a small town wrestler in Haryana, Sultan achieves global fame winning bouts at the 2010 Commonwealth Games in Delhi, the 2011 FILA Wrestling World Championships in Istanbul and the 2012 London Olympics. The movie had already been creating a lot of buzz and we just cannot hold our patience anymore. What say ?[/tps_footer]