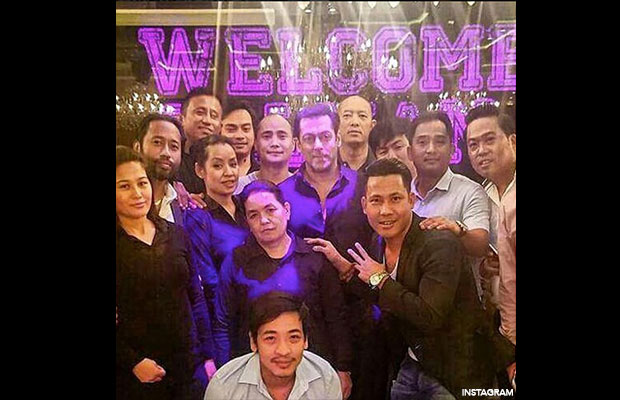 Bollywood actor Salman Khan, who is juggling between the shoots for his upcoming film “Tubelight” and “Bigg Boss 10” show, was recently spotted at Mumbai International airport. While everyone was wondering where the actor is heading to, we let you know Salman Khan was heading to Hong Kong. We have come across dashing pictures of Salman Khan partying at a nightclub in Hong Kong.

The actor was spotted along with his manager and bodyguard Shera in Hong Kong. We all know Salman has a huge fan following and his fans in Hong Kong did not leave the opportunity to catch the glimpse of their favorite star. The Being Human star was seen in all smiles while posing with his fans.

On the work front, Salman is shooting for his next film Tubelight, directed by Kabir Khan. The makers of the film finished the first schedule of the film in Manali. As per reports, the film is based on 1962 war and will be set in Sino – India war zone. It is said Sohail Khan will play a mute character in the film. The film also stars Chinese star Zhu Zhu! The film is slated to release next year on Eid!