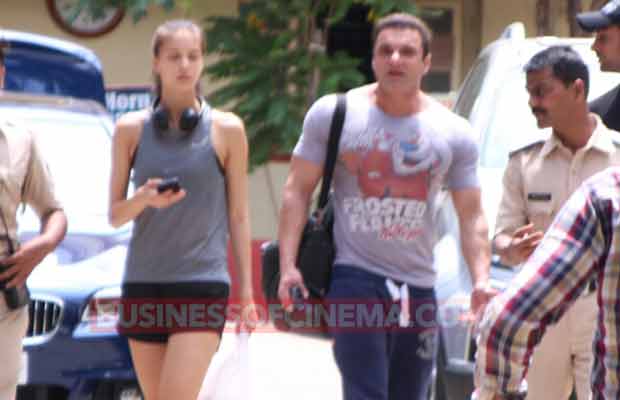 Bollywood actor Sohail Khan, who has geared up for the promotions of his upcoming film Tubelight, was spotted at the gym earlier today amid tight security. Dressed in a sporty avatar, the actor was spotted heading to his car from gym with not one but few policemen around him. Also spotted with Sohail Khan was a mystery girl, who we wonder is his gym friend.